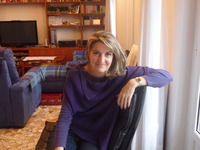 “… In 1885, when he turned twenty-five, he let out the word that he was ready to settle down with the right girl. The matrons heaved a collective sigh of relief. How wonderful. The boy actually understood his duties to God and country.

He had no intention of marrying, of course, until he was at least forty-five – a society that so worshiped the infernal institution of marriage deserved to be misled. Let them try to matchmake. He did say the right girl, didn’t he? The right girl wouldn’t come along for twenty years, and she’d be a naive, plump-chested chit of seventeen who worshiped the ground on which he trod.

Little could he guess that at twenty-eight he would marry, out of the blue, a lady who was quite some years removed from seventeen, neither naive nor plump-chested, and who examined the ground on which he trod with a most suspicious eye, seeing villany in everything he said and did.

Her name was Louisa Cantwell, and she would be his undoing.”
― Sherry Thomas, The Luckiest Lady in London
tags: prolouge
6 likes
Like

“There is an unfair responsibility that comes with being an only child - you grow up knowing you aren't allowed to disappoint, you're not even allowed to die. There isn't a replacement toddling around; you're it. It makes you desperate to be flawless, and it also makes you drunk with the power. In such ways are despots made.”
― Gillian Flynn, Gone Girl
87 likes
Like

“My wife was crazy. I was married to a crazy woman. It's every asshole's mantra: I married a psycho bitch. But I got a small, nasty bite of gratification: I really did marry a genuine, bona fide psycho bitch. Nick, meet your wife: the world's foremost mindfucker. I was not as big an asshole as I'd thought. An asshole, yes, but not on a grandiose scale.”
― Gillian Flynn, Gone Girl
0 likes
Like

“Everyone I've ever met who was worth knowing was a bit different at school. You just need to find your people'
'Find my people?'
'Your tribe”
― Jojo Moyes, One Plus One
tags: different, love, people
46 likes
Like

“He came. He left. Nothing else had changed. I had not changed. The world hadn't changed. Yet nothing would be the same. All that remains is dreammaking and strange remembrance.”
― André Aciman, Call Me by Your Name
990 likes
Like

Thanks for the friend invitation Anna :) Hope you enjoy our RRRC group!