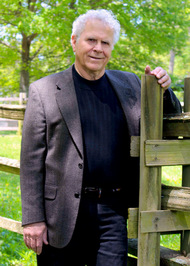 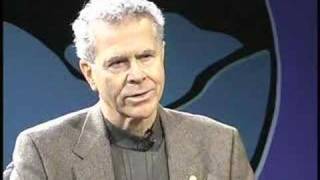 I studied engineering in college and after graduation, spent six years in the Army, including a tour in Vietnam. When I returned from the war, I took jobs as an engineer to support myself while I worked on my writing career. For the most part, I wrote for scuba diving magazines, gaining respect as a writer about diving on shipwrecks. The research I did for several articles led to my first book, a military history best-seller titled Torpedo Junction which came out in 1989 and has recently been optioned for a motion picture.

After writing a short article for a magazine about growing up in West Virginia and building rockets, I was approached by an agent who thought I should write a memoir based on that part of my life. I did. It was titled Rocket Boys and the film October Sky was based on it. After the great success of both the book and the movie, I permanently retired from engineering and became a full-time writer which I am to this day. For more, please go here: www.homerhickam.com(less)
flag
View 2 comments
See all 33 answers from Homer Hickam…

Treatment of The Coalwood Rocket Boys: A Proposed TV Series

Note: This is a recent pitch or treatment of a proposed television series based on The Coalwood Way, the "equal" to my original memoir Rocket Boys/October Sky.

BASED ON A TRUE STORY

“I had discovered that learning something, no matter how complex, wasn't hard when I had a reason to want to know it.”
― Homer Hickam, Rocket Boys
tags: complex, curiosity, determination, homer-hickam, learning, october-sky, rocket-boys
130 likes
Like

“Not much comes easy in this world, Sonny. If it does, it's best to be suspicious of it. It's probably not worth much.”
― Homer Hickam, Rocket Boys
26 likes
Like

“All I’ve done is give you a book,” she said. “You have to have the courage to learn what’s inside it.”
― Homer Hickam, Rocket Boys
25 likes
Like

Thanks for the recommendation. I picked it up on Amazon at a great price and am starting it today.

Saw this in the Alabama Dept of Archives and History newsletter: April Museum Make & Take:
Paper Rockets!
Saturn5 Did you know that the Saturn V rocket that propelled Americans to the moon..."

Thanks, John. If I didn't have so many writing deadlines, maybe I would but I fear my rocket building days are well behind me. Writing has always been my true passion, in any case. Have you read "From Rocket Boys to October Sky" which tells how I came to write Rocket Boys and the movie was made? I think you'd like it, I swan. http://www.homerhickam.com