Discover new books on Goodreads
See if your friends have read any of Marcha A. Fox's books 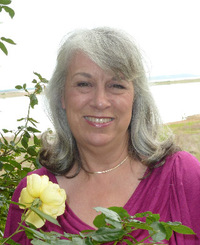 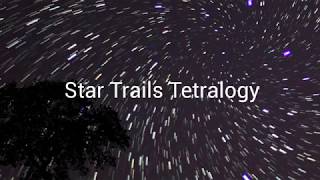 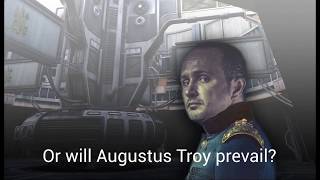 Marcha Fox was born in Peekskill, New York and has lived in California, Utah and Texas in the course of raising her family.

Her passion for science fiction began as a child. While her first stories were written in 6th grade describing her teachers' planets of origin, her determination to write seriously in that genre knew no bounds, such that she went back to college in her 30s to obtain a bachelor’s of science degree in physics. After graduation she spent The first book in the Star Trails Tetralogy, "Beyond the Hidden Sky", is free on most online sales channels which you can find here: https://books2read.com/u/bOr8j0

Marcha Fox was born in Peekskill, New York and has lived in California, Utah and Texas in the course of raising her family.

Her passion for science fiction began as a child. While her first stories were written in 6th grade describing her teachers' planets of origin, her determination to write seriously in that genre knew no bounds, such that she went back to college in her 30s to obtain a bachelor’s of science degree in physics. After graduation she spent over 23 years working in the aerospace industry, most of which was at NASA’s Johnson Space Center in Houston, Texas where she held a variety of positions including technical writer, engineer and eventually manager.

Science and engineering experience notwithstanding, it’s the unexplained mysteries of the cosmos, such as psi phenomena, time travel and the concept of a universal consciousness, which fascinate her the most and provide the setting for her Star Trails Tetralogy. Centered on the Brightstar family who has been torn apart by a storm of political and scientific intrigue, they will stop at nothing until they are reunited.

She is currently retired and living in the Texas Hill Country.

To ask Marcha A. Fox questions, please sign up.

I would love to see my science fiction series made into movies. I'm in the process currently of finishing it up so I'm still immersed in that particular story line and can't think of much else. If Star Trails were to become a movie(s) I would definitely want to be involved in writing the screenplay as well as participating with the casting and production. I enjoyed working with my cover artist tremendously so can't even imagine how much fun it would be to see my story come alive on the screen.

I'm not yet sure what my next fiction project will be when I finish up Star Trails. I have a few ideas floating around in my head for spin-offs as well as something entirely different, i.e. an historical romance. Once I finish up "Refractions of Frozen Time" I'll see what suggestions my muse has and take it from there. As most writers know once your muse speaks you have little choice but to listen.(less)
flag
See all 11 answers from Marcha A. Fox…

This book is a masterful work of art in addition to containing a collection of personal experiences from members of several different tribes. These include Navajo, Mi’kmaq, Abenaki, Seneca, Cherokee, Tarahumara, Maya, Olmec, Yaqui, Creek, and Choctaw. Though testimonials about … Continue reading → Read more of this blog post »
View more on Marcha A. Fox's website »
Like  •  0 comments  •  flag

Series by Marcha A. Fox

Quotes by Marcha A. Fox

“He could have a break at last, albeit a short one, one he sorely needed. And with that appealing thought he further squelched the subconscious screams, true message lost in the deceptive world of emotion and will.”
― Marcha A. Fox, A Psilent Place Below
tags: burned-out, deceived, deception, science-fiction-young-adult, subconscious, tired
6 likes
Like

“Matter and energy are equivalent, according to the equation E=mc2, where E stand for energy, m for mass and c for the speed of light,' 'Merapa explained. 'Matter can't be transported at the speed of light but energy can. Therefore, during a time shift transformation, matter is converted to energy then condenses back. In other words all the molecules in your body have been changed from matter to energy then back again.'
'Wow. It's a wonder it's not fatal,' Dirck said.
'Sometimes it is. If any transcription errors occur between the DNA and RNA in your vital organs you're all but dead.”
― Marcha A. Fox, Beyond the Hidden Sky
tags: beyond-the-hidden-sky, dirck-brightstar, science-fiction, science-fiction-ya, science-fiction-young-adult, teleportation, time-travel, time-traveling
4 likes
Like

“His father gave him a funny look as the entire spectrum of emotion usually eclipsed by control displayed instantaneously in his dark eyes. Then 'Merapa started to laugh. Dirck literally leaned away, beyond shock as the person he trusted and admired more than anyone else in the entire universe totally lost it.”
― Marcha A. Fox, Beyond the Hidden Sky
tags: beyond-the-hidden-sky, dirck-brightstar, marcha-fox, surprises, unexpected-behavior
3 likes
Like

See all Marcha A. Fox's quotes »

“Dark rumblings inside told him he was in a tremendous amount of trouble. He didn't know how it was going to manifest or when but it was coming, sure as Zeta would break the horizon before everyone else arose from their sleepzone. If they hauled him away, then what?”
― Marcha A. Fox, Beyond the Hidden Sky
tags: beyond-the-hidden-sky, destiny, fate, intuition, laren-brightstar, premonitions
1 likes
Like

“The shield went down for such a brief moment that, when it sealed again, the tail of the lasomag charge deflected wildly. Adrenaline fired, he dove for the floor, heart racing, as the flash burst backwards, striking someone in Theta's section. Panic swelled in a shrieking roar, front to back, some scattering, others frozen in place.”
― Marcha A. Fox, A Psilent Place Below
tags: assassination-plot, cyraria, laren-brightstar, science-fiction-young-adult
0 likes
Like

“Red, orange and green geometric designs painted its body as well as the flimsy collar around its neck. The creature flicked its tail and blinked its deep-set eyes, apparently oblivious to their presence.
"That's a yraglian lizard," Deven whispered. "We need to stay back. They smell really bad if you upset them. I mean, really, really bad."
Dirck nodded, unsurprised that the first native creature he encountered on Cyraria represented it so well.”
― Marcha A. Fox, A Dark of Endless Days
tags: cyraria, deven-brightstar, dirck-brightstar, lizards, science-fiction, science-fiction-young-adult, yraglian-lizard
0 likes
Like

“The transition from subject to observer was instantaneous, sensations, sights, and sounds changing from instruments of torment to a fascinating display of electronic signals. The spectra included thousands of frequencies, visual, audio and psi bands alike, each customized for a specific effect, a pseudo symphony for an audience of one.”
― Marcha A. Fox, A Psilent Place Below
tags: laren-brightstar, near-death-experience, psi-phenomena, science-fiction-young-adult, torment
1 likes
Like

“Win likewise lifted his visor, gaze steady in return. 'My unofficial duties are another story. Real unofficial. I'd have a record that would make your father's look like docking violations if I ever got caught.”
― Marcha A. Fox, A Dark of Endless Days
tags: cyraria, science-fiction-young-adult, win-sendori
0 likes
Like

Elle Klass
author of
In the Be...

Shannon A. Thompson
author of
Minutes B...

Paul wrote: "Hi Marcha! Good to be friends now! I looked around your website and at your reviews- bravo! Hope you don't but I'm going to ask you a question--I have the release of my very first book Oct. 18th an..."
Hi, Paul. Yes, I'll be happy to take a look. It sounds like a hoot and I could use some humor these days. Can't promise about posting it on the release date but will give it my best shot. I have a few other books in the queue.

I just finished up a first draft that I hope to have ready hopefully before the holidays. Maybe we could do a reciprocal deal or something? It's not too long, probably will come in around 50k words. It ties into my tetralogy as a back story yet stands alone.

Hi Marcha! Good to be friends now! I looked around your website and at your reviews- bravo! Hope you don't but I'm going to ask you a question--I have the release of my very first book Oct. 18th and I need reviews! Any chance you would consider reading my book and posting a review on Amazon on the release date? It has been professionally edited. If you read a bit and hate it, then you can just drop it.

I have doc pdf and Kindle mobi files. I am happy to return the favor in any way that works for you.

Thanks for considering it!

soft scifi/satire of reality TV: Here is the blurb:

Brilliant young microbiologist and self-professed lab rat Kate Pearson has just landed her dream job, although she worries it might turn into a frozen nightmare. She’s been hired to discover a way to successfully revive people who have been in cryonic deep-freeze stasis for years at the Chicago firm ExitStrategy, a company founded by scientist Mike “Cold Smokey” Burgess, holder of dozens of major patents.
Kate is succeeding Dr. Enzo Saltieri, Mike’s partner for years, who has died suddenly under strange circumstances. As Kate sifts through mountains of Saltieri’s scribbled-upon legal pads she finds paths that lead nowhere. Was Saltieri on the verge of great discoveries or just sinking into the illogical world of dementia?
Along the way, Kate has to deal with Miles Coleman, a sarcastic idiot savant assistant at the lab who’s hiding his true identity; Gloria Dunham, a famous former Hollywood actress, now ninety years old and bent on taking over control of the company; plus reality show egomaniacs Dimi Konstantos and Khail Santana, megastars who’ve been polluting television’s airwaves for years.
After Kate has some success reviving lab animals frozen in the 1980s such as Mr. T, the guinea pig, and John Cougar, the housecat, her attention turns to the first human subject, famous TV ratings guru A.C. Nielsen, who has been frozen at ExitStrategy for twenty-five years.
Between Mike Burgess’s lofty expectations, hidden research files, secret medical procedures, switched identities, drugged drinks, randy Irish folk musicians, beefy bodyguards, plus the likes of Miles, Gloria, Dimi and Khail—Kate begins to realize that reviving A.C. Nielsen and stumbling upon a major medical discovery may actually be a stroll in the park.

My pleasure, Rachel! I suspect we like much of the same type of books. :-)

Thanks for the friend request, Marcha!