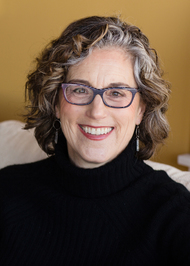 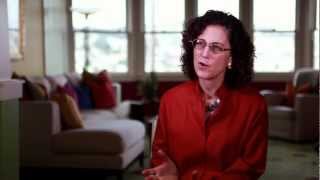 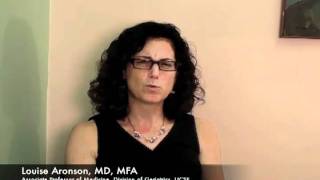 Elderhood and the Pulitzer Prizes

On the afternoon of Monday, May 4 2020, I was in clinic well, pandemic clinic. I was sitting at my home desk talking to a patient via Zoom on my smartphone while charting into our electronic medical record on my computer. Suddenly, a flurry of emails and other alerts flashed on the upper right of my computer screen and texts began appearing on my phone.

I registered this as: unusual.

Louise Aronson is currently reading
The Soul of Care: The Moral Education of a Husband and a Doctor
by Arthur Kleinman
bookshelves: currently-reading

“Disease in man is never exactly the same as disease in an experimental animal, for in man the disease at once affects and is affected by what we call the emotional life (and, I would add, social environment). Thus, the physician who attempts to take care of a patient while he neglects this factor is as unscientific as the investigator who neglects to control all the conditions that may affect his experiment … One of the essential qualities of the clinician is interest in humanity, for the secret of the care of the patient is in caring for the patient.”
― Louise Aronson, Elderhood: Redefining Aging, Transforming Medicine, Reimagining Life
1 likes
Like

“To most people’s surprise, a large study of the United States found that midlife is the time of least happiness, greatest anxiety, and lowest life satisfaction23 for both men and women. Things begin looking up around age sixty—and not because the “younger old” are skewing the curve. The Gallup World Poll, which studies countries large and small, poor and rich, agrarian and industrialized, finds that life satisfaction assumes a U-shape across life24 in wealthier countries but different patterns elsewhere. Data from the United States and Western Europe confirm that most people are around sixty before they achieve levels of well-being comparable to those of twenty-year-olds,25 and rates climb thereafter. The increased well-being of old people seems made up of both declines in negatives and increases in positives. In one recent study, anxiety marched steadily upward26 from the teenage years to its greatest heights between ages thirty-five and fifty-nine. In the early sixties, it dropped markedly, falling again at sixty-five, then staying at the life span’s lowest levels thereafter. Conversely, sixty- to sixty-four-year-olds were happier and more satisfied with their lives than people aged twenty to fifty-nine, but not nearly as happy as those aged sixty-five and over. Even those over age ninety were happier than the middle-aged. As the poet Mary Ruefle has said, “You should never fear aging because you have absolutely no idea the absolute freedom in aging; it’s astounding and mind-blowing. You no longer care what people think. As soon as you become invisible—which happens much more quickly to women than men—there is a freedom that’s astounding. And all your authority figures drift away. Your parents die. And yes, of course, it’s heartbreaking, but it’s also wonderfully freeing.”27 In sum, depending on the measure, by their later sixties or early seventies, older adults surpass younger adults on all measures, showing less stress, depression, worry, and anger, and more enjoyment, happiness, and satisfaction. In these and similar studies, people between sixty-five and seventy-nine years old report the highest average levels of personal well-being, followed by those over eighty, and then those who are eighteen to twenty-one years old.”
― Louise Aronson, Elderhood: Redefining Aging, Transforming Medicine, Reimagining Life
1 likes
Like

“imagine its early years, and if I’m lucky, decades, much like the best parts of midlife: the solid sense of who I am and how I want to spend my time, the decreased volume of the sorts of ambitions easily”
― Louise Aronson, Elderhood: Redefining Aging, Transforming Medicine, Reimagining Life
0 likes
Like

GOOD REVIEWS — 7777 members — last activity Jun 19, 2021 10:11AM
This Group is only for authors who are looking for reviews and Reviewers who love to read books and share their reviews.