,
Discover new books on Goodreads
See if your friends have read any of Chasity Bowlin's books 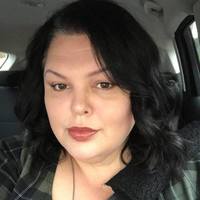 Growing up in Tennessee, spending as much time as possible with her doting grandparents, soap operas were a part of her daily existence, followed by back to back episodes of Scooby Doo. Her path to becoming a romance novelist was USA Today Best Selling author and Winner of the 2019 Romance Through the Ages Award for Georgian/Regency Romance, Chasity Bowlin is the author multiple bestselling historical romance novels, both independently and with Dragonblade Publishing. She lives in central Kentucky with her husband and their menagerie of animals. She loves writing, loves traveling and enjoys incorporating tidbits of her actual vacations into her books. She is an avid Anglophile, loving all things British, but specifically all things Regency.

Growing up in Tennessee, spending as much time as possible with her doting grandparents, soap operas were a part of her daily existence, followed by back to back episodes of Scooby Doo. Her path to becoming a romance novelist was set when, rather than simply have her Barbie dolls cruise around in a pink convertible, they time traveled, hosted lavish dinner parties and one even had an evil twin locked in the attic. ...more

More of Chasity's books…
Quotes by Chasity Bowlin
“Just as Emme neared the main staircase, as she could see the intricate carving of the banisters, a noise from behind her made her thundering heart skip. She froze mid stride and peered over her shoulder at the growing triangle of light emerging from the doorway of the billiard room. Tension coiled in her stomach, and her breath seized in her lungs. Someone was coming, and her wits fled her entirely.”
― Chasity Bowlin, The Haunting of a Duke
2 likes
Like

“and hot inside her and instinctively, she knew that there was much more. Rhys held his weight on his forearms, his forehead pressed against hers as he waited for her to relax and to ease his passage. He eased in further, relishing the feel of her sheath clenching around him. He moved his hips in a series of light, gentle thrusts, creating a delicious friction that had her lifting her hips toward him, her legs coming up to wrap about his hips. She melted around him, and each thrust went slightly deeper, until he could feel the barrier of her innocence. He whispered an apology against her cheek and then took her lips in a fierce kiss as he thrust deeply, breaching her maidenhead. He wanted to lose himself inside her, to thrust into her moist heat again and again,”
― Chasity Bowlin, The Haunting of a Duke
1 likes
Like

“No doubt we will argue and sometimes disagree on things, but that’s rather the point of being married, isn’t it? To have someone in your life who challenges you, who forces you to be better than you are because the thought of disappointing them is completely abhorrent to you.”
― Chasity Bowlin, Barefoot in Hyde Park
0 likes
Like