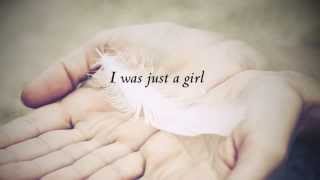 Website
http://www.leslyewalton.com/
Twitter
leslyewalton
Genre
Young Adult, Science Fiction & Fantasy, Romance
Member Since
July 2012
URL
https://www.goodreads.com/leslyewalton
edit data
Leslye Walton was born in the Pacific Northwest. Perhaps because of this, Leslye has developed a strange kinship with the daffodil--she too can only achieve beauty after a long, cold sulk in the rain. Her debut novel, THE STRANGE AND BEAUTIFUL SORROWS OF AVA LAVENDER, was inspired by a particularly long sulk in a particularly cold rainstorm spent pondering the logic, or rather, lack thereof, in love.

Leslye is a full-time writer living in Seattle, Washington. She spends her time eating chocolate cupcakes, and doting on her chihuahuas, Mr. Darcy and Doc Holliday. Her next novel, THE PRICE GUIDE TO THE OCCULT, is set to be published in March 2018.

Leslye is currently reading
We Thought You Would Be Prettier: True Tales of the Dorkiest Girl Alive
by Laurie Notaro (Goodreads Author)
bookshelves: currently-reading

“Love makes us such fools.”
― Leslye Walton, The Strange and Beautiful Sorrows of Ava Lavender
tags: love
455 likes
Like

“Children betrayed their parents by becoming their own people.”
― Leslye Walton, The Strange and Beautiful Sorrows of Ava Lavender
tags: family-relationships, inspirational
404 likes
Like

“Just because love don't look the way you think it should, don't mean you don't have it.”
― Leslye Walton, The Strange and Beautiful Sorrows of Ava Lavender
tags: love, perception
382 likes
Like

“Then I realize what it is. It's him. Something about him makes me feel like I am about to fall. Or turn to liquid. Or burst into flames.”
― Veronica Roth, Divergent
tags: love
3380 likes
Like