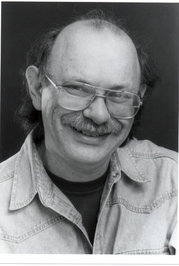 “No other disease, no war, no natural disaster, no famine comes close to the great pandemic. In the space of eighteen months in 1918–1919, about 500 million people, one-third of the human race at the time, came down with influenza. The exact total of lives lost will never be known. An early estimate, made in 1920, claimed 21.5 million died worldwide. Since then, researchers have been continually raising the number as they find new information. Today, the best estimate of flu deaths in 1918–1919 is between 50 million and 100 million worldwide, and probably closer to the latter figure. 7”
― Albert Marrin, Very, Very, Very Dreadful: The Influenza Pandemic of 1918
5 likes
Like

“By the fall of 1918, it was clear that a nation's prosperity, even its very survival, depended on securing a safe, abundant supply of cheap oil.”
― Albert Marrin, Black Gold: The Story of Oil in Our Lives
tags: economics, nation, oil
4 likes
Like

Is this you? Let us know. If not, help out and invite Albert to Goodreads.