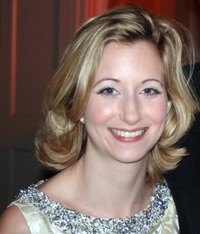 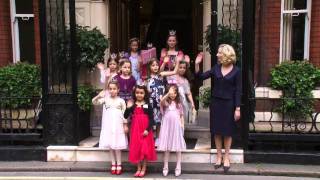 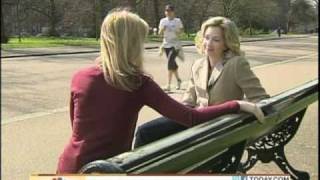 Her childhood quest to become a princess is detailed in her hilarious memoir Someday My Prince Will Come. Fine studied Political Science at the University of Rochester and Social Science at the London School of Economics.

She lives in London with her husband and daughter.

Princesses CAN Be Feminists – and Just Might Save the World

When Hollywood actress Emma Watson launched the United Nation's HeForShe campaign, she made it clear that gender equality is not a women's issue but a human rights issue — and she instantly became everyone's favorite new feminist. That very same year, Watson accepted the role of Belle in the Disney live-action remake of Beauty and the Beast. Upon hearing she'd been cast as a Disney princess, Watso Read more of this blog post »
1 like · Like  •  0 comments  •  flag

Error rating book. Refresh and try again.
Rate this book
Clear rating
1 of 5 stars2 of 5 stars3 of 5 stars4 of 5 stars5 of 5 stars
Quotes by Jerramy Fine  (?)
Quotes are added by the Goodreads community and are not verified by Goodreads. (Learn more)
“On the second or third day, sometime in the early evening, I walked from the splashing fountains and giant lions of Trafalgar Square, past the famous door of 10 Downing Street, and then, suddenly, when I turned the corner, I was face-to-face with Big Ben. I found myself just standing there, gazing up into the rare blue sky at this magnificent clock tower that gleamed in the sunlight. I couldn’t look away. Because all at once everything in my crazy heart and mind seemed to fall into place. Right in front of me was all the glory and sparkle that I knew my London life was going to be once I figured out how to grab on to it.”
― Jerramy Fine, The Regal Rules for Girls
5 likes
Like

“The exquisite art of idleness is one of the most important things that any university can teach. —OSCAR WILDE”
― Jerramy Fine, The Regal Rules for Girls
1 likes
Like

“Alice laughed. 'There's no use trying,' she said. 'One can't believe impossible things.'

I daresay you haven't had much practice,' said the Queen. 'When I was your age, I always did it for half-an-hour a day. Why, sometimes I've believed as many as six impossible things before breakfast. There goes the shawl again!”
― Lewis Carroll
tags: beliefs, breakfast, humor, impossible
1515 likes
Like

“And, when you want something, all the universe conspires in helping you to achieve it.”
― Paulo Coelho, The Alchemist
tags: inspirational
19343 likes
Like

“Remember that wherever your heart is, there you will find your treasure.”
― Paulo Coelho, The Alchemist
tags: confidence, honesty
4612 likes
Like

“What's the world's greatest lie?... It's this: that at a certain point in our lives, we lose control of what's happening to us, and our lives become controlled by fate.”
― Paulo Coelho
tags: inspirational
1077 likes
Like

“Our deepest fear is not that we are inadequate. Our deepest fear is that we are powerful beyond measure. It is our light, not our darkness that most frightens us. We ask ourselves, 'Who am I to be brilliant, gorgeous, talented, fabulous?' Actually, who are you not to be? You are a child of God. Your playing small does not serve the world. There is nothing enlightened about shrinking so that other people won't feel insecure around you. We are all meant to shine, as children do. We were born to make manifest the glory of God that is within us. It's not just in some of us; it's in everyone. And as we let our own light shine, we unconsciously give other people permission to do the same. As we are liberated from our own fear, our presence automatically liberates others.”
― Marianne Williamson, A Return to Love: Reflections on the Principles of "A Course in Miracles"
tags: akeelah, fear, inspirational
17429 likes
Like