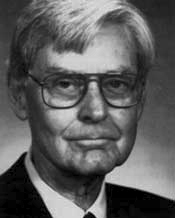 Dr. Senior taught English, Comparative Literature, and Classics for decades at Bard and Hofstra Colleges, Cornell, and the Universities of Wyoming and Kansas.
With two other professors, Dr. Dennis Quinn and Dr. Frank Nelick, he chaired the Integrated Humanities Program at the University of Kansas.

Dr. Senior was a longtime member of the Immaculata Chapel at St. Mary’s College in Kansas.

· 389 ratings · 52 reviews · 16 distinct works • Similar authors
More books by John Senior…
Quotes by John Senior  (?)
Quotes are added by the Goodreads community and are not verified by Goodreads. (Learn more)
“The strongest reactionary force impeding progress is the cult of progress itself, which, cutting us off from our roots, makes growth impossible and choice unnecessary.”
― John Senior, The Death of Christian Culture
3 likes
Like

“People who care for nothing but themselves inevitably lose to those who, capable of sacrifice, will fight for something more than themselves,”
― John Senior, The Restoration of Christian Culture
tags: catholic
3 likes
Like

“One or two percent of any society is always subcultural. The Trotskyite, the Communist, the arsonist, the homosexual, the assassin--these are obviously dangerous and the courts must dispose their cases. Law has its problems. I shall not underestimate them; but law is not the problem. The enemy I am talking about is the one lurking in the guts of the whole nation like an invisible and deadly virus. It is not an action, but an attitude that says everyone has the right to arson, murder, rape, because doing those things is necessarily included under the rubric of freedom, of doing what one wants--not what I want or you want, but what someone wants. In a word, we have raised the abnormal and aberrant to the condition of a human right. The beast is loose among us, and he is welcome in our universities and homes.”
― John Senior, The Death of Christian Culture
2 likes
Like