,
Discover new books on Goodreads
See if your friends have read any of Amy Sandas's books 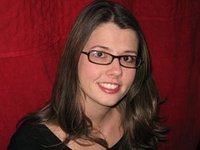 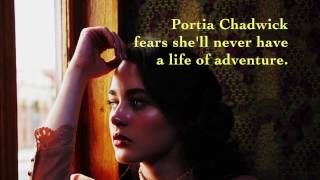 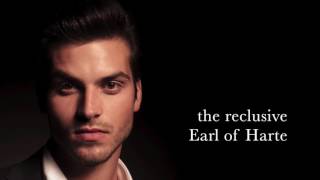 Website
http://www.amysandas.com/
Twitter
AmySandas
Genre
Historical, Romance
Member Since
September 2010
edit data
My love of romance began one summer when I was thirteen and complained of boredom. I ended up with one of my mother's Barbara Cartland books and an obsessive interest that expanded from there. My affinity for writing began with sappy pre-teen poems and led to a Bachelor's degree with an emphasis on Creative Writing from the University of Minnesota--Twin Cities.

I love pizza, wine, and dark brooding heroes! With a husband, three kids, and two dogs at home, it can be difficult to find the time (and the motivation!) to write. But somehow the words keep showing up on the page. I am endlessly grateful to the many wonderful readers who enjoy my books and ask for more! My love of romance began one summer when I was thirteen and complained of boredom. I ended up with one of my mother's Barbara Cartland books and an obsessive interest that expanded from there. My affinity for writing began with sappy pre-teen poems and led to a Bachelor's degree with an emphasis on Creative Writing from the University of Minnesota--Twin Cities.

I love pizza, wine, and dark brooding heroes! With a husband, three kids, and two dogs at home, it can be difficult to find the time (and the motivation!) to write. But somehow the words keep showing up on the page. I am endlessly grateful to the many wonderful readers who enjoy my books and ask for more! ...more

And I am celebrating with a COVER REVEAL of my next release coming out in April, 2016 with Sourcebooks Casablanca.

Head on over to my new site amysandas.com for a look-see!

More of Amy's books…
Quotes by Amy Sandas  (?)
Quotes are added by the Goodreads community and are not verified by Goodreads. (Learn more)
“Lily Chadwick knew there was something different about the fiercely scowling gentleman the first moment she saw him.
She could feel it.
The instant their gazes met, caught, held, something skittered across her skin like a rain of white sparks. It entered her bloodstream, heating her from the inside until her breath became stilted and her knees went alarmingly weak.
He stared at her from beneath a brow drawn low in a forbidding expression. His eyes were so dark, even the light of the glittering ballroom could not be reflected there. The angles of his face were hard, his jaw sharply defined, and he held his mouth in a harsh line that attempted to harden the full curve of his lower lip but didn't quite manage it.
Lily tried to glance away demurely, but she couldn't seem to manage. She felt a flutter that became a tightening in her belly. Her heart stopped, skipped a few beats, then started up again in a frantic rhythm as he just kept watching her.
Despite his severe, aloof appearance, something about him reached out to her, touching her with an intrinsic sort of recognition. It left her feeling as though she stood in the heart of a firestorm. She sensed with a certainty beyond rational explanation that his unyielding manner was a facade, as if he were a hero in some gothic novel. There was passion in him. She felt it in every quickened, prey-like breath she took while frozen under his intent stare.
The silent interaction between them was becoming more inappropriate by the minute, yet she could not compel herself to break away. As though caught in an invisible trap, she stared back at him while her hands began to sweat and her stomach trembled.”
― Amy Sandas, The Untouchable Earl

“Inside, on a bed of black velvet, lay an exquisite perfume bottle designed from rose-colored glass caged in a silver overlay that twined about the glass like living vines. In the very center of the oval shaped bottle, the silver was formed into the image of a lily in full bloom.
It was likely the most precious and expensive gift Lily had ever been given. She ran her fingertips over the delicate silver work before lifting the bottle from its velvet bed to allow the candlelight to shine through the rose-colored glass.
She noticed then a folded slip of paper still in the box. Setting the perfume bottle in the valley of her lap, she lifted the paper and broke the tiny wax seal.
In his precise, slanted script, Lord Harte had written:


I was unforgivably remiss in not having a gift for you the other night. I chose the elements for this blend myself. It made me think of you.


Lily brushed her thumb over the ink before setting the note back into the box. Then she shifted the bottle and removed the glass stopper. The scent wafting from the bottle was light, but heady. She noticed first the rich notes of clove and honey before her senses were claimed by the smooth, velvety scent of jasmine. Lily closed her eyes, allowing the aromatic infusion to settle into her awareness. There was another element hidden deep within the perfume. A layer of earthiness that warmed her blood. Sandalwood.
Lily was enthralled. It was a complex and lovely scent. Floral and exotic, light and dark. Impossibly sensual.
And it made him think of her.
Something deep and fundamental spread through her core, and she understood why young ladies were warned so often not to accept gifts from gentlemen. It was a personal and intimate thing to acknowledge how he had wanted her to have something he chose himself.”
― Amy Sandas, The Untouchable Earl

“I love the quiet beauty of the night sky," she continued thoughtfully, "filled with mystery and starlight, but there is something magical about the dawn. It is strange, When the sky begins to lighten and soft colors first appear, the transition is so gentle you hardly notice it. But if you are aware enough to observe, if you take the time to really be a part of the transformation, it feels..."
Her explanation trailed off. She found it difficult to find the words to properly describe the wonder she felt as she experienced the very common daily occurrence.
"It feels like it possesses all the possibilities of life," Avenell offered quietly.
Lily turned in place. She slipped her arms around his naked torso and tipped her head back to look into his face. Her smile was so wide her cheeks ached, but she did not hold back. Her joy in the past few months had grown by leaps and bounds, and only because of how much she had seen her happiness reflected in the man she loved.
Love flowed freely between them as he lowered his head to take her mouth in a kiss that was slow and deep.”
― Amy Sandas, The Untouchable Earl
tags: avenell-slade, lily-and-avenell, lily-chadwick, sunrise, true-love
2 likes
Like

“If you judge people, you have no time to love them.”
― Mother Teresa
tags: attributed-no-source
31213 likes
Like

“Our deepest fear is not that we are inadequate. Our deepest fear is that we are powerful beyond measure. It is our light, not our darkness that most frightens us. We ask ourselves, 'Who am I to be brilliant, gorgeous, talented, fabulous?' Actually, who are you not to be? You are a child of God. Your playing small does not serve the world. There is nothing enlightened about shrinking so that other people won't feel insecure around you. We are all meant to shine, as children do. We were born to make manifest the glory of God that is within us. It's not just in some of us; it's in everyone. And as we let our own light shine, we unconsciously give other people permission to do the same. As we are liberated from our own fear, our presence automatically liberates others.”
― Marianne Williamson, A Return to Love: Reflections on the Principles of "A Course in Miracles"
tags: akeelah, fear, inspirational
17429 likes
Like

“There is no greater agony than bearing an untold story inside you.”
― Maya Angelou, I Know Why the Caged Bird Sings
tags: 1970, inspirational, stories, writing
30677 likes
Like

“I learned this, at least, by my experiment: that if one advances confidently in the direction of his dreams, and endeavors to live the life which he has imagined, he will meet with a success unexpected in common hours.”
― Henry David Thoreau, Walden: Or, Life in the Woods
8192 likes
Like