,
Discover new books on Goodreads
See if your friends have read any of Mignon Fogarty's books 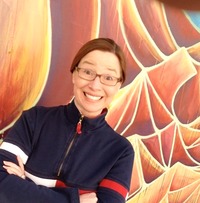 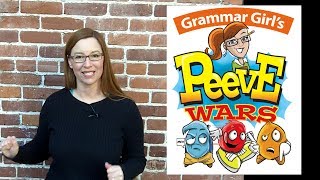 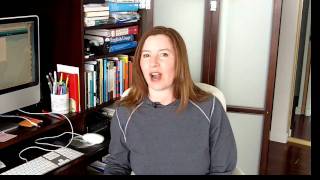 At the end of a recent writing webcast, we distributed a Grammar Girl editing checklist that turned out to be so popular we decided to make it widely available. Print out the checklist and keep it on your desk as a handy reference to use when you're editing.
8 likes · Like  •  1 comment  •  flag

More of Mignon's books…
Quotes by Mignon Fogarty  (?)
Quotes are added by the Goodreads community and are not verified by Goodreads. (Learn more)
“I love you. You are the object of my affection and the object of my sentence.”
― Mignon Fogarty, Grammar Girl's Quick and Dirty Tips for Better Writing
tags: grammar, humor
28 likes
Like

“...passive voice is better than writing out a humongous number and taking the risk that your readers' brains will be numb by the time they get to the verb.”
― Mignon Fogarty, Grammar Girl's Quick and Dirty Tips for Better Writing
tags: humor, numbers, passive-voice, writing
8 likes
Like

“He had heard about talking to plants in the early seventies, on Radio Four, and thought it was an excellent idea. Although talking is perhaps the wrong word for what Crowley did.
What he did was put the fear of God into them.
More precisely, the fear of Crowley.
In addition to which, every couple of months Crowley would pick out a plant that was growing too slowly, or succumbing to leaf-wilt or browning, or just didn't look quite as good as the others, and he would carry it around to all the other plants. "Say goodbye to your friend," he'd say to them. "He just couldn't cut it. . . "
Then he would leave the flat with the offending plant, and return an hour or so later with a large, empty flower pot, which he would leave somewhere conspicuously around the flat.
The plants were the most luxurious, verdant, and beautiful in London. Also the most terrified.”
― Neil Gaiman, Good Omens: The Nice and Accurate Prophecies of Agnes Nutter, Witch

Ask the Editor — 97 members — last activity Jul 19, 2020 12:35AM
Writers, come one, come all! Get answers to all your grammar and style questions from one of the top self-publishing editors in the business!

Kelle wrote: "Thanks for friending me. I consult your website regularly, so it was a nice surprise to see your name pop up in my inbox. Have a great year!"

Thanks for friending me. I consult your website regularly, so it was a nice surprise to see your name pop up in my inbox. Have a great year!

Rick wrote: "Does this make me friends with Squiggly too?

Definitely! But you'd better include Aardvark too or he'll feel left out.

Thanks so much for friending me! :)

Thanks for the friendship ...

Thanks for being my friend on Goodreads!!!! I love your website, it helps me a lot because I'm studying English <> Spanish translation. Best wishes from Argentina!!!

Dear Mignon,
I would like to thank you for being my friend here on GoodReads.
Lucinda x

Thanks Mignon for friending me on Goodreads!
Douglas