Discover new books on Goodreads
See if your friends have read any of Michael A. Arnzen's books 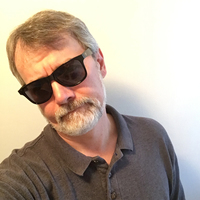 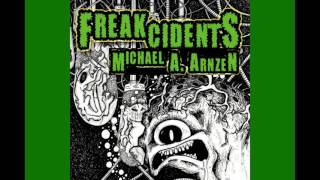 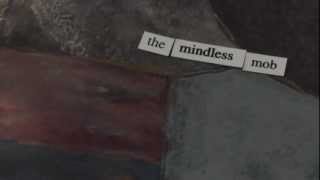 To catch up with Arnzen or hunt down collectable editions, visit the author's website, GORELETS.COM Join him on your favorite social network via http://michaelarnzen.com

To ask Michael A. Arnzen questions, please sign up.

So my first answer is itself a cliche among writers: "write what you know." Be genuine about what scares you, what disturbs you, what freaks you the hell out. Sometimes writers use cliches or overly familiar character types because they are more infatuated with them than they find them frightening.

However, I know the frustration. I think if the story has really gone off off the rails and rattled your confidence in what you're pursuing, then you should set the work aside for awhile and do something different and new to "clear the slate" before you start over again -- from a new novel to a short story or a poem. Anything to reset the creative engines. Otherwise, you'll begin to feel that frustration akin to struggling to untie a tight knot that just can't be opened up, fraying the ends of the rope but getting nowhere. Projects I've dropped and return to -- as a reader rather than a writer -- sometimes reveal themselves to be works of garbage that I laugh at in that "what was I thinking?" sort of way -- or otherwise works of genius in utero -- and the solutions begin to reveal themselves as I read and take notes about how to revise.

Another trick is to throw a wrench into the works and try to make it worse... this sometimes can lead to original ideas and magic solutions, too. Try my creative triggers at http://diaboliquestrategies.com or my ebook, Instigation: Creative Prompts on the Dark Side for some "spurs" if you haven't seen them yet. Best wishes, Andrew! You're not alone! -- Mike Arnzen(less)
flag 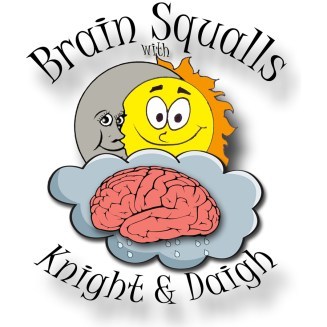 Over the holidays, I appeared on the Brain Squalls podcast as their first guest. Every episode of the podcast — run by horror author EV Knight and her partner Matt Daigh — is a creativity experiment, in which the two of them come up with prompts for story or art ideas and then create story lines and structures “live” as they pursue the possibilities. It’s a lot of fun. And when I was in the m...

Michael is currently reading
The Daniel Clowes Reader: A Critical Edition of Ghost World and Other Stories, with Essays, Interviews, and Annotations
by Daniel Clowes
bookshelves: currently-reading, el309, currently-teaching

Quotes by Michael A. Arnzen

“Can you imagine life without the horror genre? There would be no monsters. Only a**holes.”
― Michael A. Arnzen
tags: alternate-universe, horror, humorous, monsters
27 likes
Like

“Goodreads.com is actually about fiction not dreading goo. But I have a profile there, anyway...”
― Michael A. Arnzen
tags: horror, puns, tweet, twitter-quotes
4 likes
Like

“Wouldn't it be surprising if a 911 caller actually did begin to describe the tragedy in alarming detail? And dwell on the details, swooning in their splendor?”
― Michael A. Arnzen, Instigation: Creative Prompts on the Dark Side
2 likes
Like

See all Michael A. Arnzen's quotes »

“There are only two things in life that make it worth living: the love of art and the art of love.” I had divided my human duration between the two. I had been wise enough to be a fool; I could die content.”
― Edmond Haraucourt, Illusions of Immortality
2 likes
Like

“Yet, at the same time, as the Eastern sages also knew, man is a worm and food for worms. This is the paradox: he is out of nature and hopelessly in it; he is dual, up in the stars and yet housed in a heart-pumping, breath-gasping body that once belonged to a fish and still carries the gill-marks to prove it. His body is a material fleshy casing that is alien to him in many ways—the strangest and most repugnant way being that it aches and bleeds and will decay and die. Man is literally split in two: he has an awareness of his own splendid uniqueness in that he sticks out of nature with a towering majesty, and yet he goes back into the ground a few feet in order to blindly and dumbly rot and disappear forever. It is a terrifying dilemma to be in and to have to live with. The lower animals are, of course, spared this painful contradiction, as they lack a symbolic identity and the self-consciousness that goes with it. They merely act and move reflexively as they are driven by their instincts. If they pause at all, it is only a physical pause; inside they are anonymous, and even their faces have no name. They live in a world without time, pulsating, as it were, in a state of dumb being. This is what has made it so simple to shoot down whole herds of buffalo or elephants. The animals don't know that death is happening and continue grazing placidly while others drop alongside them. The knowledge of death is reflective and conceptual, and animals are spared it. They live and they disappear with the same thoughtlessness: a few minutes of fear, a few seconds of anguish, and it is over. But to live a whole lifetime with the fate of death haunting one's dreams and even the most sun-filled days—that's something else.”
― Ernest Becker, The Denial of Death
tags: death, inspirational, nature
106 likes
Like

“A stopped clock is correct twice a day, but a sundial can be used to stab someone, even at nighttime.”
― John Hodgman, More Information Than You Require
55 likes
Like

“Weren't we all crazy in our sleep? What was sleep, after all, but the process by which we dumped our insanity into a dark subconscious pit and came out on the other side ready to eat cereal instead of our neighbor's children?”
― Jeff Lindsay, Darkly Dreaming Dexter
279 likes
Like

John Hodgman
author of
A Game of...

Timons Esaias
author of
The Year'...

Hello, Michael! Thank you for contacting me! Happy Monday, have a great week. Goodreads=dreading goo...goo'd one! LOL! Happy reading, writing, and everything else. Blessings!

Thanks for the friendship, Michael.

Thanks for your friendship. Come by and leave a comment.

Thank you for the friend request.

Thank you kindly for the add! It's always great getting to know a fellow horror enthusiast.

Thanks man, just starting out on this site so hopefully more to follow. I had mainly only done film reviews before.

Hey, Michael! Nice to "meet" you. My husband is the big horror fan in the family, and he goes to IAFA all the time. He teaches horror, literature. Although he doesn't keep up his Goodreads site much, I will ask him to contact you (his name is Rafael Miguel Montes). I can't believe you get to teach pop CRW. I was just thinking the other day that someone REALLY needed to do that!

Hot Damn! Michael ARmaggeddon HIMSELF on GOOD READS! Thanks for the add! I look forward to reading more of your work!
Beast Witches, K.K.

Thank you for friending me. :)