Fond Memories Of The Newsroom From Hell, #3: Spellchecker Fun.

To: Tech Support, From: Me
Our spellchecker needs to be purged again. It doesn't stop on "solider" and several other misspellings that editors have been incorrectly adding to the dictionary.

From: Tech Support
Soldier - is a marine, navy, army person.
Solider - is a firm and stable shape.

To: Tech Support
That is certainly true, but the checker used to stop on solider, which several of our dyslexic-ish writers use for soldier, and now it doesn't. Upshot: many items will go out on the news wire with the wrong spelling, and our company's reputation will suffer. As far as I know, solider has never been used (correctly) in a news story written by our staff, while soldier seems to be used all the time. But maybe I'm wrong.

#1: An Imaginary Conversation About A Thieving Soda Machine, #2: Powerless. 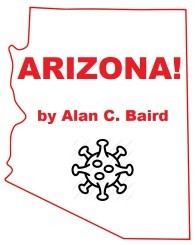 As some of you know, or may soon discover, I have a very dark sense of humor. So I wrote a 6-page satirical script that makes fun of the way the health crisis has been handled in my adopted home state. A pandemic parody, if you will. Think SNL sketch. The opening song follows Rodgers & Hammerstein's "OKLAHOMA!"

ARIZONA! Governor Doofus and Health Director Keeeryst try to get a handle on the coronavirus ravaging their state. Hilarity ensues. Includes gunplay and a show-stopping (or maybe show-starting?) musical number. Contains mind-boggling pull-quotes from the actual press conferences.

Tweeting my little heart out ~ Contributing to the Kos 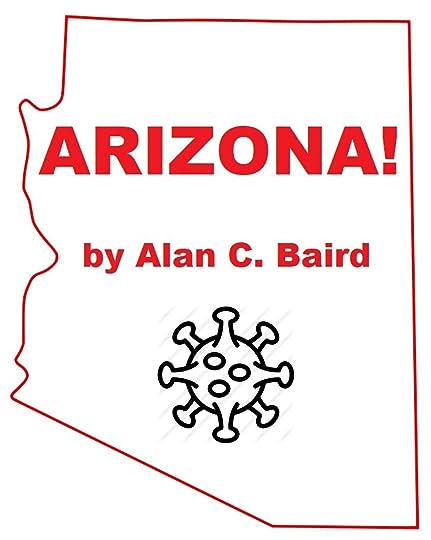 As many of you know, I have a perverse sense of humor. So I wrote a 6-page, 95Kb satirical script that makes fun of the way the health crisis has been handled in my home state. The opening song follows Rodgers & Hammerstein's "OKLAHOMA!"

ARIZONA! Governor Doofus and Health Director Keeeryst try to get a handle on the coronavirus ravaging their state. Hilarity ensues. Includes a show-stopping (or maybe show-starting?) musical number. Contains mind-boggling pull-quotes from the actual press conferences.

direct link to the script

Margaret Atwood (The Handmaid's Tale) once wrote: "Sex may go nicely with many things, but vomit isn't one of them."

Unfortunately, I took this as a personal challenge.

The quote became my writing prompt one morning, and when the day was done, the Tangier ferry scene in Côte d'Azur was purged from my system.

My Côte d'Azur feature-length screenplay was recently announced as an official selection in this bimonthly contest...

LATER: it's now one of 28 semi-finalists! 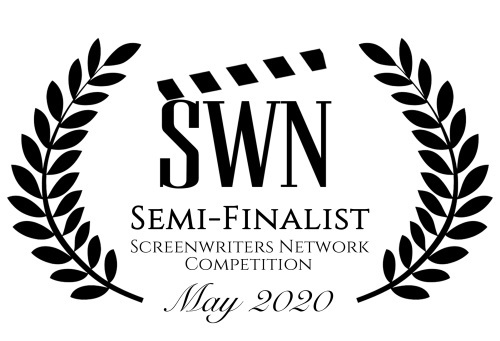 My Côte d'Azur feature-length screenplay was recently announced as an official selection in this bimonthly contest! 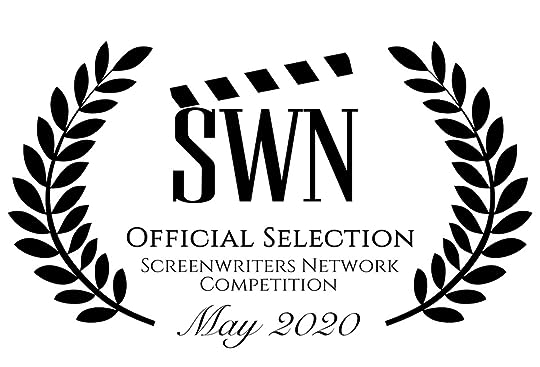 "The free six-hour course is open to anyone, but taking and passing it will be a requirement for thousands of contact tracers being hired by the state of New York to fight the pandemic."

>>Enroll - this course includes a certificate and the fee is waived:

"A contact tracer does the detective work of calling up people known to be infected with a disease and working out where they have been in recent days and who they might have met."

Notarization During a Pandemic.

My lovely wife needed to get a document notarized recently. So we put on our masks and drove over to the local UPS store. The sign on the door said no more than four people were allowed inside at one time. We carefully looked through the glass and saw that no other customers were in the store, before entering and requesting a notarization from the manager, who was also wearing a mask. He pulled out his official journal book, asked for Anikó's ID, copied down all of the pertinent info, and showed her where to sign. But before stamping the document with his official seal, he asked her to pull down her mask for a few inches, so he could compare her face with the ID photo. We all had a good chuckle over that.
#ViralHumor
View more on Alan C. Baird's website »
Like  •  0 comments  •  flag

During my daily walks around the man-made lakes here in our 55+ community, I don't take a mask. Very few people do. We either pass each other while hugging the outside edge of the concrete walkways, or one person makes a wide detour through the grassy area on either side. But today, a woman was approaching me from about 50 yards away, and I saw her take out a surgical face mask and put it on. So I figured I should respect her concerns, by putting the pocket of my hoodie jacket over my face. When she started giggling, I did too. I could only imagine how stupid I looked. So I stuck a finger in the other pocket, pointed it at her, and said, "Your money or your toilet paper." We both nearly fell on the ground, laughing.
#ViralHumor
View more on Alan C. Baird's website »
Like  •  0 comments  •  flag 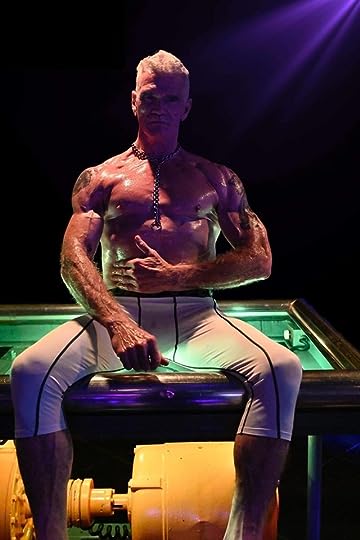 In the 1990s, I worked side-by-side with an amazing guy named Kevin Densmore. He was a hoot. We had quite a bit of interaction outside of work, like dinners and a Mahlathini/Mahotella concert, where we danced in the aisles. He also introduced me to the BBS (early chatroom) that he liked, just before he was diagnosed with HIV. That's when he embarked on a meth binge, and dropped out of sight. Our boss said she would have to fire him, unless he called in sick, so I got on the phone and pleaded with him. No dice. I lost track of him for awhile. When we re-connected, I introduced him to my new wife. Anikó really liked Kevin, which surprised me, because she had never met a gay man in Hungary.

Kevin slowly pulled his life back together. He got a butch job driving big rigs, and bought a house in Indianapolis. Then, in late 2016, he met the love of his life and they lived happily ever after... for a few years, at least. Kevin took up some interesting hobbies, like bodybuilding and knitting. He was a talented knitter, but I think he spent time at the gym in an attempt to convince himself that he was powerful, invincible. However, he worked very hard and sculpted an impressive body, especially for a sexagenarian. [I'm sure Kevin would enjoy being described with that word; he turned 63 last July.] ;-)

Then, on March 28th, he was hospitalized with Covid-19. Two days later, he was moved to the ICU and placed on a ventilator. As if that wasn't enough, he later had a stroke which paralyzed his left side. The docs say he will likely end up in a nursing home, if he survives the virus. Please send a good thought in his direction.