,
Discover new books on Goodreads
See if your friends have read any of Nicholas D. Kristof's books 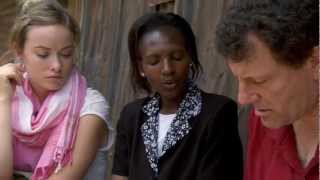 We're closing the blog — but you're still stuck with my writing!
View more on Nicholas D. Kristof's website »
Like  •  0 comments  •  flag

Interview with Nicholas Kristof and Sheryl WuDunn
The fact that you have American generals sitting around Afghanistan one moment talking about air strikes and the next moment talking about how to...
Read more...
4 likes · 2 comments
Quotes by Nicholas D. Kristof  (?)
Quotes are added by the Goodreads community and are not verified by Goodreads. (Learn more)
“More girls were killed in the last 50 years, precisely because they were girls, than men killed in all the wars in the 20th century. More girls are killed in this routine gendercide in any one decade than people were slaughtered in all the genocides of the 20th century.

The equivalent of 5 jumbo jets worth of women die in labor each day... life time risk of maternal death is 1,000x higher in a poor country than in the west. That should be an international scandal.”
― Nicholas D. Kristof, Half the Sky: Turning Oppression Into Opportunity for Women Worldwide
109 likes
Like

“When anesthesia was developed, it was for many decades routinely withheld from women giving birth, since women were "supposed" to suffer. One of the few societies to take a contrary view was the Huichol tribe in Mexico. The Huichol believed that the pain of childbirth should be shared, so the mother would hold on to a string tied to her husband's testicles. With each painful contraction, she would give the string a yank so that the man could share the burden. Surely if such a mechanism were more widespread, injuries in childbirth would garner more attention.”
― Nicholas D. Kristof, Half the Sky: Turning Oppression Into Opportunity for Women Worldwide
tags: childbirth, empathy, women, women-s-rights
80 likes
Like

“In the nineteenth century, the central moral challenge was slavery. In the twentieth century, it was the battle against totalitarianism. We believe that in this century the paramount moral challenge will be the struggle for gender equality around the world.”
― Nicholas D. Kristof, Half the Sky: Turning Oppression Into Opportunity for Women Worldwide
tags: gender-equality, morality, slavery, women
67 likes
Like