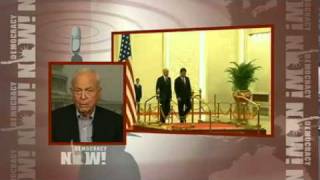 Born
in New York City, The United States
May 10, 1930
Died
October 08, 2018
Genre
Nonfiction, Espionage Journalism, Espionage Fiction
edit data
From Wikipedia:
«David Wise (May 10, 1930 – October 8, 2018) was an American journalist and author who worked for the New York Herald-Tribune in the 1950s and 1960s, and published a series of non-fiction books on espionage and US politics as well as several spy novels. His book The Politics of Lying: Government Deception, Secrecy, and Power (1973) won the George Polk Award (Book category, 1973), and the George Orwell Award (1975).»

Most of his books were non-fiction examinations of espionage and U.S. politics. According to his obituary in the New York Times, “He also wrote three spy novels, which were praised for their insight and authority.” Those novels include:
• Spectrum, 1981
• The Children's Game , 1983
• Samarkand Dimension , 1987

“am reading the Aldrich Ames spy Saga 1995 wherin Aldrich Ames one of the cold ward war's biggest moles in the cia was hunted and captured-love this kind of book,cant put it down”
― David Wise
2 likes
Like

“They also set a pattern that has since become familiar—when trouble came, the overt, political officers of the visible government almost invariably would say they had no advance warning. The CIA in turn would say it had provided adequate warning. The public would be left to take its choice, provided it could weave its way through the maze of self-serving semantics from both sides.”
― David Wise, The Invisible Government
1 likes
Like

“The situation reflected the perennial problem of interservice rivalry. Each service tended to adopt a self-serving party line and pursue it relentlessly. At budget time each year the Air Force would see endless numbers of Soviet missiles and bombers; the Navy would detect the latest enemy submarines, just off the East coast; and the Army would mechanize a few dozen more Russian divisions.”
― David Wise, The Invisible Government
0 likes
Like