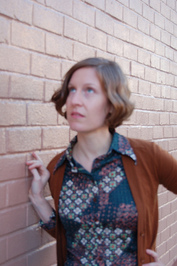 This is from an essay in the New York Times's "Draft" series on writing, by Rachel Shtier:

"I remember the first time I felt like a bona fide failure as a writer. This feeling of nausea washed over me, but it was confusing because it appeared at the exact moment when I was supposed to be feeling success. It was when I finished my first book and realized there were some things in it that I hated, t Read more of this blog post »
2 likes · Like  •  0 comments  •  flag

Katherine is currently reading
Victoria The Queen: An Intimate Biography of the Woman Who Ruled an Empire
by Julia Baird
bookshelves: currently-reading

“This was the dilemma of cosmetic psychopharmacology: we wanted to be happy but we worried that maybe there was something even more important than happiness that we’d unwisely be giving up in the bargain.”
― Katherine Sharpe, Coming of Age on Zoloft: How Antidepressants Cheered Us Up, Let Us Down, and Changed Who We Are
0 likes
Like

“Elliott argues that enhancement technologies fascinate and aggravate us because they alert us to a contradiction in our national value system. On the one hand, America prizes success, and life here is organized around the heated pursuit of it. America is a democracy with a high degree of social mobility; we’re all searching for anything that might give us a competitive edge over our neighbors. (We are also, most likely, looking over our shoulders at whatever our neighbors might be using to get ahead, simultaneously judging them for using it, and wondering where we can get some ourselves.) On the other hand, Americans are also devoted to the idea of personal authenticity. We believe it’s important to be our “real” selves and are ever fearful of losing touch with our inmost natures in the push of worldly ambition. Self-discovery and self-actualization aren’t just enjoyable activities; they’re social demands. In America, Elliott believes, we tend to think of life as a never-ending process of figuring out “who we are” and then striving to live in such a way that we can enact the interests and proclivities that make us unique. This focus on the self as a guiding principle may partly stem from the secular nature of our society. In America since the late nineteenth century, Elliott writes, “finding yourself has replaced finding God.”29 Being who we really are is nothing short of a moral imperative—maybe the strongest one we modern Americans have. These two drives—on the one hand, to succeed; on the other hand, to be who you really are inside—often come into tension.”
― Katherine Sharpe, Coming of Age on Zoloft: How Antidepressants Cheered Us Up, Let Us Down, and Changed Who We Are
0 likes
Like

“When it comes to antidepressants in particular, there’s one more rumple: the American attitude about happiness. In this country, happiness is another ideal that carries nearly the weight of a moral imperative; as Elliott observes, there is an unspoken expectation in America that people should feel and act happy most of the time. Travelers to the United States often remark that in America, more than other places, cheerfulness is viewed as a default state, and that there’s considerable pressure to present oneself as upbeat. There’s also a peculiarly American belief that authenticity and happiness stand in a causal relationship to each other—that really being oneself will lead to happiness every time. Elliott thinks that this belief evolved from a loose interpretation of Freud, who taught that unhappiness was caused by repressions of various kinds: by that logic, the least repressed, most fully realized self would be the most happy. Americans possess, says Elliott, a naive trust that achieving perfect personal authenticity, a feat summed up in the popular phrase “self-actualization,” will result in the deepest possible contentment. So: Americans are supposed to be authentic, and we’re supposed to be happy. When happiness comes easily, this is not a problem. But for people who aren’t feeling happy and are contemplating antidepressants, it can make for tough choices. Is it better to take antidepressants and be happy (but maybe inauthentic, if you believe that antidepressants can temper the self)? Or is it better to press on, authentic but not happy? Either way, you’ll be failing to fulfill the script that American lore has laid out for you: be who you are, and happiness will surely and naturally follow. There’s only one way out of this bind, and it’s to believe that antidepressants make you more, not less, authentic. As it happens, this is precisely the claim that Elliott finds people make about a wide variety of enhancement technologies: people use a technique to alter a certain thing about themselves, and then speak about the alteration as something that makes them into, or expresses, who they really were inside all along. (For example, recipients of sex-change operations often describe them as a way to bring the physical body in line with a deeper reality. I always felt like a woman, and now I am one.) In short, people who use personal enhancements often speak like Tess did when she told Peter Kramer that, off Prozac, “I am not myself.”
― Katherine Sharpe, Coming of Age on Zoloft: How Antidepressants Cheered Us Up, Let Us Down, and Changed Who We Are
0 likes
Like