,
Discover new books on Goodreads
See if your friends have read any of Mike Thorn's books 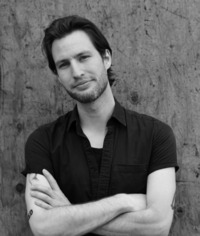 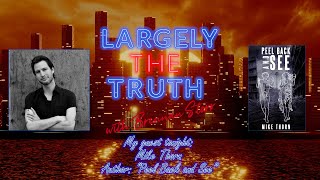 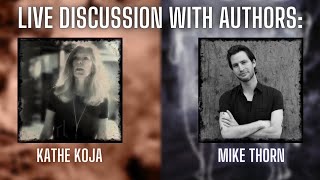 Connect with him on Twitter and Instagram. Mike Thorn is the author of Shelter for the Damned, Darkest Hours, and Peel Back and See. His stories have appeared in numerous magazines, anthologies, and podcasts, including Vastarien, Dark Moon Digest, The NoSleep Podcast, and Tales to Terrify. His essays and articles have been published in American Twilight: The Cinema of Tobe Hooper (University of Texas Press), Beyond Empowertainment: Exploring Feminist Horror (Seventh Row), MUBI Notebook, The Film Stage, and elsewhere.

Mike Thorn, Niall Howell and Randy Nikkel Schroeder discuss Niall's new book There Are Wolves Here Too, writing dialogue, teaching, why you should read what you write out loud, and more.

More of Mike's books…
Quotes by Mike Thorn  (?)
Quotes are added by the Goodreads community and are not verified by Goodreads. (Learn more)
“Ligotti goes in, paranoia comes out.”
― Mike Thorn, Darkest Hours
2 likes
Like

“There are so many things Blair doesn’t get about me, so many things she ultimately overlooked, and things that she would never know, and there would always be a distance between us because there were too many shadows everywhere. Had she ever made promises to a faithless reflection in the mirror? Had she ever cried because she hated someone so much? Had she ever craved betrayal to the point where she pushed the crudest fantasies into reality, coming up with sequences that she and nobody else could read, moving the game as you play it? Could she locate the moment she went dead inside? Does she remember the year it took to become that way? The fades, the dissolves, the rewritten scenes, all the things you wipe away—I now want to explain all these things to her but I know I never will, the most important one being: I never liked anyone and I’m afraid of people.”
― Bret Easton Ellis, Imperial Bedrooms
63 likes
Like

“If reason be judge, no writer has produced such inconsistent characters as nature herself has. It must call for no small sagacity in a reader unerringly to discriminate in a novel between the inconsistencies of conception and those of life. As elsewhere, experience is the only guide here; but as no one man’s experience can be coextensive with what is, it may be unwise in every case to rest upon it.”
― Herman Melville, The Confidence-Man
7 likes
Like

“In lots of books I read, the writer seems to go haywire every time he reaches a high point. He’ll start leaving out punctuation and running his words together and babble about stars flashing and sinking into a deep dreamless sea. And you can’t figure out whether the hero’s laying his girl or a cornerstone. I guess that kind of crap is supposed to be pretty deep stuff—a lot of the book reviewers eat it up, I notice. But the way I see it is, the writer is just too goddam lazy to do his job. And I’m not lazy, whatever else I am. I’ll tell you everything.”
― Jim Thompson, The Killer Inside Me
3 likes
Like

“In the operative opinion of this world, he who is already fully provided what what is necessary for him, that man shall have more; while he who is deplorably destitute of the same, he shall have taken away from him even that which he hath. Yet the world vows it is a very plain, downright matter-of-fact, plodding, humane sort of world. It is governed only by the simplest principles, and scorns all ambiguities, all transcendentals, and all manner of juggling. Now some imaginatively heterodoxical men are often surprisingly twitted upon their willful inverting of all common-sense notions, their absurd and all-displacing transcendentals, which say three is four, and two and two make ten. But if the eminent Juggularius himself ever advocated in mere words a doctrine one thousandth part so ridiculous and subversive of all practical sense, as that doctrine which the world actually and eternally practices, of giving unto him who already hath more than enough, still more of that superfluous article, and taking away from him who hath nothing at all, even that which he hath,—then is the truest book in the world a lie.”
― Herman Melville, Pierre; or, The Ambiguities
2 likes
Like

Indie Revolution Group — 222 members — last activity Dec 02, 2022 03:36AM
A place for anyone and everyone especially interested in promoting and discussing the work of indie authors and/or whatever else you like!

Leo wrote: "Hiya Mike! Cheers for connecting on here, and congrats on your publication with Unnerving! Can't wait to read when it comes out :)
Keep in touch!
Leo"

Thanks Leo! I look forward to delving into some of your work as well.

Hiya Mike! Cheers for connecting on here, and congrats on your publication with Unnerving! Can't wait to read when it comes out :)
Keep in touch!
Leo