How do you get inspired to write?
Elise Whyles Inspiration comes at any time - but I like to relax, get my mind in focus and allow myself to just let the words come.
flag
Where did you get the idea for your most recent book?
Elise Whyles Heart of the Underworld actually came about from a dream I had. I was going to write another in the Forsaken Series, and this one just seemed to fit.
flag
See 2 answers from Elise Whyles… 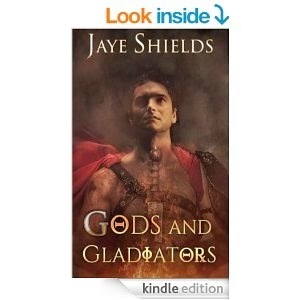 When the Olympian Gods contest that the Romans aren’t nearly as mighty as they think they are, Ares, the God of War, is the first one to prove it by spending a month as a Roman. Ares arrives in Rome as a Gladiator, thrilled to have a human body in which to kick some ass. His first chance at Gladiator glory is to reenact the slaughter of the Sabines but when Ares spots a beautiful slave with Read more of this blog post »
View more on Elise Whyles's website »
1 like · Like  •  0 comments  •  flag

Ask Annie Nicholas — 69 members — last activity Jun 15, 2013 01:43PM
Bestselling author Annie Nicholas will be available on June 15th to discuss any question you may have about her books and series.