Discover new books on Goodreads
See if your friends have read any of E. Ozols's books 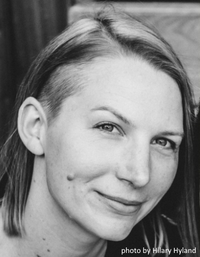 Website
http://www.eozols.com
Genre
Fiction, Fantasy, Chick Lit
Member Since
April 2012
URL
https://www.goodreads.com/eozols
edit data
E. Ozols lives in Alexandria, Virginia, where she spends her time on walks with her dog. Hope the Little Fox is her second published novel. Her debut novel was Holly, the Captain, and Handsome Jack.

Jon Krakauer
author of
Into the ...

Bill Bryson
author of
A Walk in...

Rebecca Skloot
author of
The Immor...

John Steinbeck
author of
Of Mice a...

Tom wrote: "So what did you think of Fall of the House of Dixie?"

Ah, I keep meaning to write my review. Maybe I'll get to that today. If I remember your review correctly, then I think I felt pretty much the same as you. I liked it overall, and definitely learned a lot. I would have liked more info about aftermath and reconstruction, but I guess that's such a big topic that really you'd need a whole 2nd book. As I was reading I alternated between being fascinated and being bored- the boredom came at points that just seemed redundant. I also happened to be in the middle of the Civil War chapter of my other book at the same time, though, so that may have contributed to my Civil War overload. There were also a few pockets of Southern society that I would have liked hearing a bit more about, like the attitudes of people who were well off enough to have just one or two slaves, but I understand that the source material might just not exist for everyone. My favorite parts were anytime they mentioned how bewildered the wealthy slaveowners were when they discovered that the people who they had enslaved were NOT happy and loyal. I could not get enough of these stories, because I'm just amazed by how much we humans can talk ourselves into believing things that are just so insane, and how dark of a place this phenomenon can lead us into. Well... and, not gonna lie, whenever we hit one of these stories I'd be like "HAHAHAHAha, take THAT, you evil bastards!" And now this comment is long enough that I'm just going to copy-paste the whole thing and call this my official review. Thanks for the motivation!

So what did you think of Fall of the House of Dixie?