,
Discover new books on Goodreads
See if your friends have read any of Stefan Fatsis's books 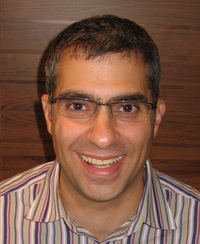 · 8,291 ratings · 977 reviews · 7 distinct works • Similar authors
More books by Stefan Fatsis…
Quotes by Stefan Fatsis  (?)
Quotes are added by the Goodreads community and are not verified by Goodreads. (Learn more)
“How you coach them is how they're going to play.”
― Stefan Fatsis, A Few Seconds of Panic: A 5-Foot-8, 170-Pound, 43-Year-Old Sportswriter Plays in the NFL
tags: coaching, education, mentoring
4 likes
Like

“(Excerpt from a standup routine by Matt Graham:)
Last Friday, my roommate sent me out to get some canned fish, because we're having some Catholic survivalists over for dinner. Weirdest thing happened. I'm coming up the steps, I stumble, all the groceries fall down the stairs. Except for a can of salmon, which falls up the stairs. Bizarre experience, but it gave me an idea. Couple nights later I was driving the wrong way down a one-way street. Cop pulled me over. I told him I was spawning. He said, 'Young man, I have reason to believe you're DUI. You know what that is?' I said, 'Do I!”
― Stefan Fatsis, Word Freak: Heartbreak, Triumph, Genius, and Obsession in the World of Competitive Scrabble Players
tags: humor
3 likes
Like

Is this you? Let us know. If not, help out and invite Stefan to Goodreads.