Website
http://www.leilahowland.com
Twitter
leilahowland
Member Since
June 2011
edit data
Leila Howland grew up in Providence, Rhode Island. A graduate of Georgetown University, Leila spent five years acting in New York where she was a company member of the award-winning Flea Theater in Tribeca. She is the author of the YA novels Nantucket Blue, for which she was named a Publisher’s Weekly Flying Start author, Nantucket Red, and Hello, Sunshine, as well as the Silver Sisters middle grade series and the upcoming Rapunzel and the Lost Lagoon. Leila now lives in Los Angeles. 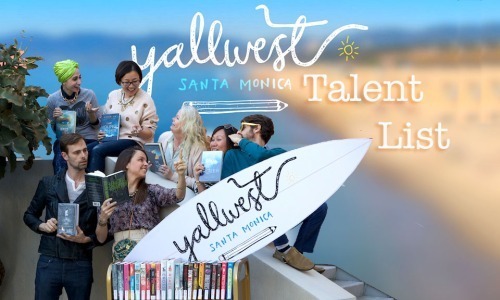 
THE YALLWEST 2015 AUTHOR LINEUP IS HERE!

From Epic Reads, the HarperCollins YA Community, and presenting sponsor of YALLWest:

“We’ve been big supporters of YALLFest and are thrilled to be presenting the very first YALLWest, bringing the largest YA book festival to the West Coast! Come book shimmy with us this April in Santa Monica!”

“Without a best friend to tell stories to, it almost didn't matter if they even happened.”
― Leila Howland, Nantucket Blue
tags: friends, friendship, life, stories
25 likes
Like

“It's not fair. Guys can embrace their fatness as a unique personality trait, but we girls have to sit on the very edge of chairs in our shorts so as not to reveal the back-of-the-leg cellulite we feel bad for having even though everyone does.”
― Leila Howland, Nantucket Blue
8 likes
Like

“Feelings find each other, I thought. Let one in and the others follow. At that moment it seemed that all our feelings were shimmering above us, around us, in a new and stunning constellation.”
― Leila Howland, Nantucket Blue
7 likes
Like

Amy Spalding
author of
The Summe...

Kristen Kittscher
author of
The Wig i...