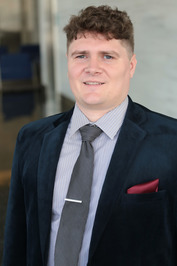 The Social Dilemma Documentary Review: As Manipulative as They Claim Social Networks to Be

This is a review for The Social Dilemma, a documentary that has been released by Netflix that purports to investigate the social issues created by social networks such as Facebook, Twitter, YouTube, Snapchat, Gmail and so on. While there is surely some valid criticism for how these social networks have allowed for many people to engage in bad, socially irresponsible behavior I believe the claims t

Pandemonia Chronicles: DAWN (Science Fiction & Fantasy)
1 chapters   —   updated Feb 29, 2012 02:41PM
Description: An encounter with a strange medallion leaves sixteen year old Gestalt possessed by the spirit of an ancient Demon King, making him a key player in a war between the Demon King and the Goddess of Life. Unfortunately, the Demon King wants to destroy the world and the Goddess wants to enslave everyone in it! With the aid of a talking teddy bear, a grumpy demon dog and a unicorn princess who wants to marry him, Gestalt embarks on a journey to stop the Goddess’ sinister plot and find a way to get rid of the Demon King — yet, he must also rely on the dark power of the Demon King in order to stand a chance against the powerful minions of the Goddess. Can Gestalt resist against the corrupting temptations of the Demon King and save the world, rather than destroy it? Is it even possible for a mere human to stand up against the power of a Goddess?