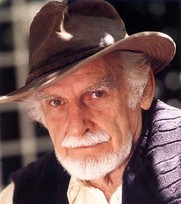 Born
in Athens, Georgia, The United States
April 19, 1919
Died
January 24, 2007
Website
http://www.odeion.org/petertompkins/
Genre
Nonfiction
edit data
Peter Tompkins was an American journalist, World War II spy, and best-selling author.
His best known and most influential books include The Secret Life of Plants, published in 1973, Secrets of the Great Pyramid, reprinted in paperback in 1997, and Mysteries of the Mexican Pyramids, published in 1976. He is the father of author Ptolemy Tompkins.

· 3,813 ratings · 367 reviews · 25 distinct works • Similar authors
More books by Peter Tompkins…
Quotes by Peter Tompkins  (?)
Quotes are added by the Goodreads community and are not verified by Goodreads. (Learn more)
“[children]can thus learn the art of loving and know truly that when they think a thought they release a tremendous power or force in space.”
― Peter Tompkins
8 likes
Like

“A job pays you for what the role/designation does rather than for what you can do, which is why the compensation it pays doesn’t justify your capabilities.”
― Peter Tompkins, The Secret Life Of Plants
2 likes
Like

“Perhaps the elements of memory in plants are superficially treated," he writes, "but at least there they are in black and white! Yet no one calls his friends or neighbors, no one shouts in a drunken voice over the telephone: Have you heard the news? Plants can feel! They can feel pain! They cry out! Plants remember everything!"


When Soloukhin began to telephone his own friends in excitement he learned from one of them that a prominent member of the Soviet Academy of Sciences, working in Akademgorodok, the new town inhab­ ited almost exclusively by research scientists on the outskirts of Siberia's largest industrial center, Novosibirsk, had stated: Don't be amazed! We too are carrying out many experiments of this kind and they all point to one thing: plants have memory.

They are able to gather impressions and retain them over long periods. We had a man molest, even torture, a geranium for several days in a row. He pinched it, tore it, pricked its leaves with a needle, dripped acid on its living tissues, burned it with a lighted match, and cut its roots. Another man took tender care of the same geranium, watered it, worked its soil, sprayed it with fresh water, supported its heavy branches, and treated its burns and wounds. When we electroded our instruments to the plant, what do you think? No sooner did the torturer come near the plant than the recorder of the instrument began to go wild.

The plant didn't just get "nervous"; it was afraid, it was horrified. If it could have, it would have either thrown itself out the window or attacked its torturer. Hardly had this inquisitor left and the good man taken his place near the plant than the geranium was appeased, its impulses died down, the recorder traced out smooth­ one might almost say tender-lines on the graph.”
― Peter Tompkins, The Secret Life of Plants: A Fascinating Account of the Physical, Emotional and Spiritual Relations Between Plants and Man
1 likes
Like