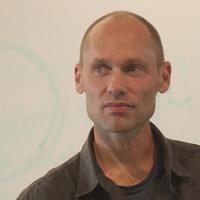 edit data
Christoph Cox, professor of philosophy, received his B.A. in Modern Culture & Media from Brown University and a Ph.D. in the History of Consciousness from the University of California, Santa Cruz. Professor Cox teaches and writes on contemporary European philosophy, cultural theory, and aesthetics.

· 1,047 ratings · 41 reviews · 10 distinct works • Similar authors
More books by Christoph Cox…
Quotes by Christoph Cox  (?)
Quotes are added by the Goodreads community and are not verified by Goodreads. (Learn more)
“Nietzsche insists that a thoroughgoing "naturalism" cannot be a scientism; that is, it cannot accept the Quinean view that "[t]he world is as natural science says it is" and "[n]aturalism looks only to natural science [ . . . ] for an account of what there is and what what there is does." Nietzsche's genealogy of European thought uncovers a residual theology in the modern scientific project's claim to describe the way the world really is. He argues that, if one carries through the naturalistic program implicit in modern science, one will discover that science overcomes itself, giving way to another discourse that can claim to be more rigorously naturalistic and that reveals the scientific to be but one among many true accounts of the world. That discourse is the aesthetic, which affirms sensuousness, materiality, multiplicity, becoming, historicity, creativity, and the irreducibility of interpretation. The aesthetic cannot and does not claim to take the place of science as the one true theory. It justifies itself holistically, by reference to a genealogical story; and it challenges the very idea of a single, final account.”
― Christoph Cox, Nietzsche: Naturalism and Interpretation
0 likes
Like

Is this you? Let us know. If not, help out and invite Christoph to Goodreads.