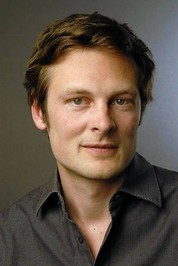 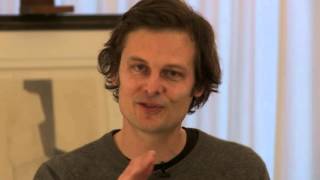 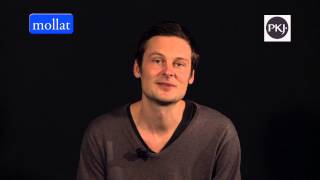 “When left alone, quantum particles behave as multiple images of themselves (as waves, really), simultaneously moving through all possible paths in space and time. Now, again, why do we not experience this multitude around ourselves? Is it because we are probing things around us all the time? Why do all experiments that involve, say, the position of a particle make the particle suddenly be somewhere rather than everywhere? No one knows. Before you probe it, a particle is a wave of possibilities. After you've probed it, it is somewhere, and subsequently it is somewhere for ever, rather than everywhere again. Strange, that. Nothing, within the laws of quantum physics, allows for such a collapse to happen. It is an experimental mystery and a theoretical one. Quantum physics stipulates that whenever something is there, it can transform into something else, of course, but it cannot disappear. And since quantum physics allows for multiple possibilities simultaneously, these possibilities should then keep existing, even after a measurement is made. But they don't. Every possibility but one vanishes. We do not see any of the others around us. We live in a classical world, where everything is based on quantum laws but nothing resembles the quantum world.”
― Christophe Galfard, The Universe in Your Hand: A Journey Through Space, Time, and Beyond
tags: classical, disappear, everywhere, experience, images, know, knowledge, law, laws, left-alone, live, measurement, multiple, particles, paths, physics, position, possibilities, possible, probe, probing, quantum, quantum-physics, simultaneously, something, somewhere, space, time, transform, vanishes, waves
14 likes
Like

“A clock that is moving through space at a very fast speed does not tick at the same rate as a slow-moving watch gently attached to your wrist as you stroll on a tropical beach. The idea of a universal time - a godlike clock that could somehow sit outside our universe and measure, in one go, the movement of everything in it, how its evolution unfolds, how old it is and all that - does not exist.”
― Christophe Galfard, The Universe in Your Hand: A Journey Through Space, Time, and Beyond
tags: age, beach, clock, everything, evolution, exist, fast, godlike, measure, movement, moving, old, outside, rate, slow, space, speed, stroll, tick, unfolds, universal, universe
7 likes
Like

“The air around you is filled with floating atoms, sliding down the Earth's spacetime curve. Atoms first assembled in the cores of long-dead stars. Atoms within you, everywhere, disintegrating in radioactive decays. Beneath your feet, the floor - whose electrons refuse to let yours pass, thus making you able to stand and walk and run. Earth, your planet, a lump of matter made out of the three quantum fields known to mankind, held together by gravity, the so-called fourth force (even though it isn't a force), floating within and through spacetime.”
― Christophe Galfard, The Universe in Your Hand: A Journey Through Space, Time, and Beyond
tags: air, assembled, atom, atoms, cores, dead, decay, disintegration, earth, electrons, floor, force, gravity, mankind, matter, planet, quantum, quantum-fields, radioactive, radioactive-decay, run, spacetime, stand, stars, walk
6 likes
Like

Is this you? Let us know. If not, help out and invite Christophe to Goodreads.