Discover new books on Goodreads
See if your friends have read any of Daniel R. Marvello's books 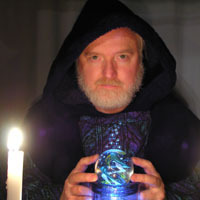 Daniel's fiction writing was inspired by his love for reading magical fantasy and his years of enjoying fantasy role-playing games. His fiction works include The Vaetra Chronicles, a swords & sorcery adventure series, The Ternion Order, a contemporary paranormal fantasy series, and The Western Geomancer, a western fantasy adventure series. Daniel R. Marvello writes magical fantasy adventure stories. He lives in a log home deep in the forest of the North Idaho panhandle with his wife of twenty-plus years and a small support staff of Samoyeds. His professional background is in database and software development as well as technical writing.

Daniel's fiction writing was inspired by his love for reading magical fantasy and his years of enjoying fantasy role-playing games. His fiction works include The Vaetra Chronicles, a swords & sorcery adventure series, The Ternion Order, a contemporary paranormal fantasy series, and The Western Geomancer, a western fantasy adventure series. ...more

To celebrate Friday the 13th, I’m participating in a big promotion with several other contemporary fantasy authors. Here’s your chance to get great deals on some fun and light fantasy reading for free or only 99 cents through Sunday, October 15. Click on the graphic below to visit a page with links to all of the books. Enjoy! 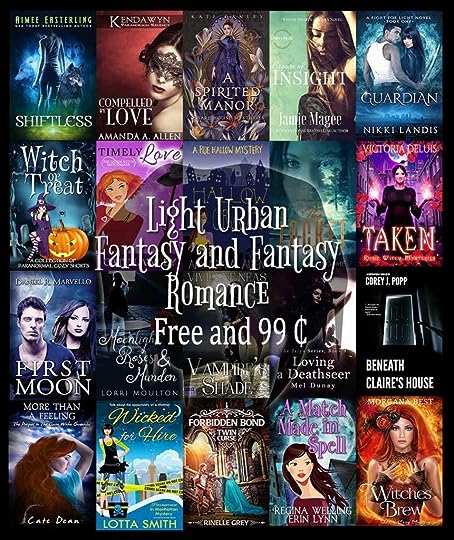 “What was that?" Belgarath asked, coming back around the corner.
"Brill," Silk replied blandly, pulling his Murgo robe back on.
"Again?" Belgarath demanded with exasperation. "What was he doing this time?"
"Trying to fly, last time I saw him." Silk smirked.
The old man looked puzzled.
"He wasn't doing it very well," Silk added.
Belgarath shrugged. "Maybe it'll come to him in time."
"He doesn't really have all that much time." Silk glanced out over the edge.
"From far below - terribly far below - there came a faint, muffled crash; then, after several seconds, another. "Does bouncing count?" Silk asked.
Belgarath made a wry face. "Not really."
"Then I'd say he didn't learn in time." Silk said blithely.”
― David Eddings, Magician's Gambit

“It is our choices, Harry, that show what we truly are, far more than our abilities.”
― J.K. Rowling, Harry Potter and the Chamber of Secrets
tags: abilities, choices
49846 likes

THE Group for Authors! — 11561 members — last activity 4 hours, 10 min ago
This is a group for authors to discuss their craft, as well as publishing and book marketing.

The Genre Underground — 795 members — last activity Nov 28, 2018 12:39PM
Fitting the right book with the right reader. Bringing you the most cutting edge Fantasy, Science Fiction, and Horror that you want to read.

Terry Brooks
author of
The Sword...

I contributed to my first anthology! It's a collection of 101 short works from 101 authors (each a max of 1,000 words). Lot's of fun stuff in there. The best part is that it's free!

Here's a link to the Goodreads page for it:
https://www.goodreads.com/book/show/2...

Becca wrote: "Thanks for friending me, Daniel! :)"

My pleasure, Becca. I was surprised were weren't already friends. I "found" you in the Magic Appreciation Tour Goodreads group.

Thanks for friending me, Daniel! :)

Congratulations to the two winners of my first book giveaway! I'll be shipping those books out tomorrow.

Over 400 people entered to win, and I'd like to thank you all for your interest in "Vaetra Unveiled."