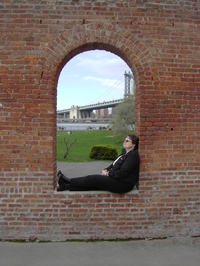 My three short story collections: A Robber in the House, Not a Chance and Meat Eaters & Plant Eaters, published in 1993, 2001 and 2009, are available from Coffee House Press, FC2, and BOA Editions, respectively. Currently I'm working on new fiction and on translating poetry and fiction from Spanish. I was born in Canada but grew up in New England with a year in Spain. During the 80's I lived in Mexico City, then in Brooklyn for five years after that; at present I live in a small town in Berkshires (Mass). I'm interested in language, culture, art, politics, and the natural world.

an Interview by Carla Sarett

The wonderful short story writer, blogger and goodreader Carla Sarett asks me some interesting questions in her monthly interview:

Anna Kavan: A Writer Without an Epoch (Nonfiction)
1 chapters   —   updated Sep 08, 2013 05:50PM
Description: Essay by friend Christopher O'Connell, originally published in Chelsea.
To-Do List (Health, Mind & Body)
1 chapters   —   updated Feb 16, 2009 02:09PM
Description: A found poem. It was written in my notebook in a foreign hand (I suspect Bellsy of Goodreads fame, but she's not confessed yet...)

Jessica is currently reading
The Mirror of My Heart: A Thousand Years of Persian Poetry by Women
by Dick Davis
bookshelves: 2021, poetry, iran, in-translation, currently-reading

“Writing is a form of therapy; sometimes I wonder how all those who do not write, compose, or paint can manage to escape the madness, melancholia, the panic and fear which is inherent in a human situation.”
― Graham Greene, Ways of Escape
tags: escape, life, therapy, writing
655 likes
Like

“To my mind, a well-developed sense of humor is the surest indication of a person's humanity, no matter how black and bitter that humor may be.”
― Thomas Ligotti
258 likes
Like

“We ought to view ourselves with the same curiosity and openness with which we study a tree, the sky or a thought, because we too are linked to the entire universe.”
― Henri Matisse
tags: self
66 likes
Like

“It is not so much where my motivation comes from but rather how it manages to survive.”
― Louise Bourgeois
tags: motivation
32 likes
Like

"Yes," he said, "in one way or the other. Sweat, or tears, or the salt sea.”
― Isak Dinesen, Seven Gothic Tales
tags: meaning-of-life
547 likes
Like

Alan Beard
author of
The Best ...

Hi Jessica, thanks for the add :)

thanks for reminding me of that lovely description of a lovely man I knew in 'He Died With His Eyes Open'. Best

Hi Jessica! How are you? Hope all is well... I started a thread over in my group for people to share their favorite reads of 2013... I'd love to see your list, if you have one: https://www.goodreads.com/topic/show/...

Miss you. Let's hang out.

Happy Birthday, Daphne Du Maurier!!
5.13.07
Last night I dreamt I went to Manderley again. It seemed to me I stood by the iron gate leading to the drive, and for a while I could not enter, for the way was barred to me. There was a padlock and a chain upon the gate. I called in my dream to the lodge-keeper, and had no answer, and peering closer through the rusted spokes of the gate I saw that the lodge was uninhabited.

a much more practical solution than mine, i admit. 'feel free to opt out after conversation is over' mitigates my reluctance into inviting people over to the archive. :P

i've just made a intro post on the fiction files: http://www.goodreads.com/topic/show/1...

would you mind posting it at the completists club?

looking forward to chatting with you about rebecca! and my cousin rachel! my two favourite du mauriers! hurray!

the difficulty is that i don't want to insist anybody join the fiction files or the completists if they haven't already joined. i thought about linking to both pages and then making a status update with both links to all the people i've lined up and they could comment on that or one of the two groups? a viral daphne du maurier discussion? what do you think?

excellent timing, indeed! and i'm so glad your friend enjoyed it. did you see on my status update that there is a movie? with olivia de havilland and richard burton?i wasn't aware there was a movie. am trying to get access to it -- so far it looks like a 40 dollar DVD or 11 dollars on iTunes to see it... i'm trying to compare everything! i'm out of control! :)

just swinging by to tell you that my proposed du maurier comparative reading of rebecca and my cousin rachel is going forward and we are beginning on march 10th (or thereabouts). i posted a status update about it but wasn't sure if you would see it. :)

let me know if you are up to it!

Hi Jessica! Wishing you health and success and happy writing/translating in 2013!

i've thought it some more and i think it's that philosophy makes murdoch a mystic writer and without it daphne is a gothic one.

there! finally to the point for a change. :)

hiya jessica! nice to meet you! happy to find somebody i can blather to about my pal daphne. :) a couple of my friends are in the group and suggested i join it when it first started but then i was worried i would be compelled to complete something on a schedule -- i certainly intend to complete du maurier(though i'm still on the fence about the glassblowers) but i don't want anybody suggestion i stick to a deadline. i already have enough of those -- does the power of the completist club compel thee?

anyway, i haven't yet read that bio though i've been meaning to put it on my to-read list... fascinating that she made the murdoch comparison herself -- i'd agree that she has much more of a facility with story-telling because i think she's very versatile, whereas i have never read an iris murdoch novel that didn't end up being dense -- usually including a mental wrestling match of some kind. but i've read less of her because she isn't as consumable. my brain usually needs a break. :P

Thanks, Jessica re the Du Maurier list- my big problem was not doing the post, but contacting MJ and asking him to stick it at the top for me, since only a moderator can do that. I kept not getting around to explaining the whole spiel to him, so sorry about my... inaction in that regard.

Just viewed the remake of "Brighton Rock." The nicest thing I can is that it's a complete catastrophe ! Thank director Rowan Joffe.

We leave on the 10th. I'll be sure to let you know how it goes. Really looking forward to it!

I am so very thankful for all the support from the goodreads crew!

Got your books today. Many thanks! Have already started the the one by Braine.

Have a great weekend!

Congratulations on the 777 books, Chairy! 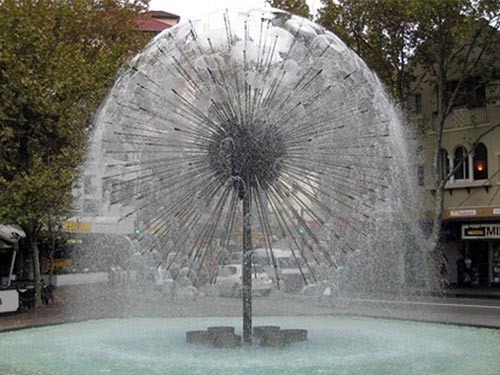 Am loathe to add another...

"This year, all the elements are in place for another memorable YouTube worthy show." Must check for Kai on YouTube. (Once I'm back at home, where YouTube isn't blocked.)

" In the movie they were played by Frank Sinatra and Vivian Blaine; on Broadway, they were most recently played by Nathan Lane and Faith Prince. At Housatonic, Nathan will be played by Kai Haaland of Lakeville and Adelaide will be brought to life by local theater veteran Ellie Yahn of Sharon."

Have fun at Ithaca!

True story! I think the pit bulls come into the dream because... I'll admit, one night when insomnia was rearing its ugly head, I watched a marathon of the show Pit Bulls and Parolees. I got hooked.

And of course, JLE is always on my mind...

Last night I had a bizzarro dream with a bunch of Goodreaders in it. I believe we were all at a benefit for pit bulls. Who should come up to me but JLE!!! He said, "Books Ring My Bell! Are you still friends with that writer and would she be open to a tryst?"

So I woke up with a grin.

Had such a wonderful/fascinating time meeting you face to face. Thanks again for making the drive. Looking forward to the next time.

It's ok, I forget about a lot of the groups I'm in too.

I love it there so much! I hope to be able to call a little after 5. Bad news over here, but hopefully we can still work something out for Sunday.

Have a safe flight! Vicki's Grandfather is hanging in there. Will call soon.

Me too! Thank you for adding me!

No probs. Nice meeting you too^^

How could you think you are not special!?!? It is merely the conflation of a series of extraordinary events!

(said a mere tenth of the way along the journey.)

Not I, said the fly. Virtually, of course.

Thank you for the friending. Let us continue our rampant over-indulgence unabated.

Thanks! It wasn't a mobile. It was stationary... and at MoMA. I have no idea who sculpted it.

I love the Michelle/Montambo channeling!!!!

Thanks so much for all your great recommendations! I've actually had the Miranda July book on my shelves for years and have never opened it. I loved her movie and her performance art, plus I think she went to my high school, so I'm not sure why I've never got around to reading it. Thanks for reminding me about her.

The other leads sound good too. I often find it sort of trying to read whole short story books by one author, but I imagine it's edifying and maybe I'll get better at it. Also, it's too hard to review an anthology on here!

feeling nostalgic for the days of the red chairs...

you know I think of him often and at the oddest times... he stayed with me for about 4 days way back when--was that april 2008? when he read at my college and visited some classes.
miss him.


I have that poster framed above my fireplace. :)

I remember that, we saw a video as I recall. He had a great time, I remember that much very well. I was listening to some of his music the other day (The Injured Boys). I miss him too.

Thanks Chairy! I WANT that bookshelf! I've had Mau on the brain lately and it has spurred me on to check in with my GR pals.

it is nice and rainy here - no august birthday heat wave!!! 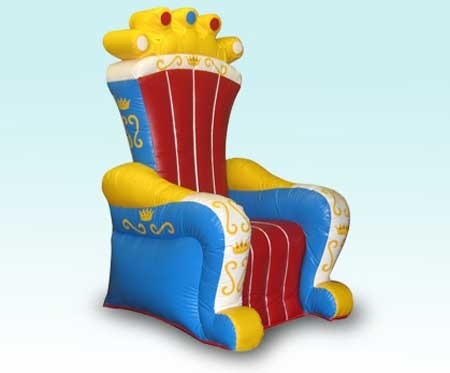 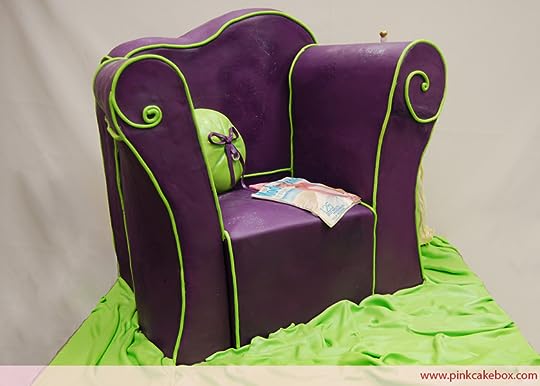 Happy Birthday Jessica! Hope you have an awesome day.

(No actual sock monkey's were harmed in the making of this birthday cake.) 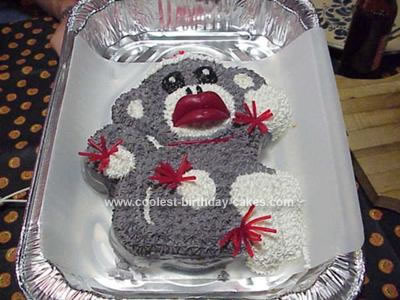