Discover new books on Goodreads
See if your friends have read any of Alex A. Akira's books 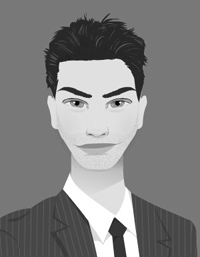 I'm Native American, have a significant other whom is my lifemate and without whom, well, let's just say I really really love him.
Okay, that's about it, oh yeah, I've got a thing for crows...

And I write yaoi, boy's love, m/m romance stories, helps me work out the stuff I struggle with as a result of my weird childhood. Lets see,
I'm introverted, college educated; I like animals, but have no pets.
I study metaphysics, I practice Martial arts and run alot. I design accessories, giftware and other stuff to make a living.
I paint, draw and am currently trying to get used to my new Wacom create tablet.

I'm Native American, have a significant other whom is my lifemate and without whom, well, let's just say I really really love him.
Okay, that's about it, oh yeah, I've got a thing for crows...

And I write yaoi, boy's love, m/m romance stories, helps me work out the stuff I struggle with as a result of my weird childhood. ...more

Most of you know I am an artist/designer as well as a writer, and some may know that I am now self-employed because my previous employer 's studio closed, due to the owner's retiring.

After twenty-plus years of employment in design, I've decided to give myself a break and revisit the employment issue in spring of 2017. Meanwhile I've been accepting art commissions and honing my writing chops.

Series by Alex A. Akira

Quotes by Alex A. Akira

“Patience is a virtue. I steer clear of those.” Big Deal Prequel: A Kiss for Judas”
― Alex A. Akira
0 likes
Like

“There’s a coward and a fool, and both of them are you, My heart is cracked and broken, but yours is frozen through.”
― Jay Bell, Something Like Summer
tags: kindlehighlight
119 likes
Like

“Hey," Anaxantis protested. "Oh," he added, when the Muktar prince took his member in his mouth. "Oh... that's what you meant by servicing." He laughed softly.

“Patience is a virtue. I steer clear of those.” Big Deal Prequel: A Kiss for Judas”
― Alex A. Akira
0 likes
Like

Talk About Anything That Needs Talking About — 62 members — last activity Mar 02, 2014 10:29PM
I think the title says it all. Talk about anything you want to talk about.

Barry Smith Gay Fiction (The Rings of Apollo) — 14 members — last activity Nov 30, 2012 03:55PM
Mystical and Mythical and always wonderfully gay. This group will be used for updates on the Apollo story, including all subsequent tales.
More of Alex’s groups…

Eowyn Wood
author of
Naked in ...

Jay Bell
author of
Something...

Thanks Mackey... for not only reading Dragon & Crow, but taking the added time out to rate the the books... Very much appreciated!

TIC is a little different, but I hope you enjoy it.

Happy reading and thanks again for the 5 star rating.
Alx

Hey Alex thanks for inviting me, I love your Dojo boys. Great reads, got the Italian connection duo waiting in the wings. I'm honoured to be added to your friends. :)

Barry wrote: "Hi Alex, just to let you know I'm about to release my first book. Hope you can give me feed back :D

Hopefully next week, I'm stuck in reviewing and proofing."

Congratulations! Looking forward it to it!

Hi! Thanks for the Friend invite! :D I love that you're into yaoi. We need more of us writing yaoi stories. I look forward to reaing your book. Can you tell me the name so I can look it up on Amazon.com?