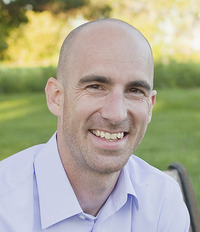 David hasn't connected with his friends on Goodreads, yet.

“While we’re driving, the passengers like to blather on and on about God knows what, unaware that I’m busy grouping and transforming numbers on license plates into letters”
― David Finch, The Journal of Best Practices: A Memoir of Marriage, Asperger Syndrome, and One Man's Quest to Be a Better Husband
5 likes
Like

“I’m saying Mary’s an ideal homemaker,” I said. “But I’m not asking you to become a domestic goddess—that’s not my point. My point is that I don’t want to expect that from you anymore. I’m trying to change myself here, not you. Tonight was just a setback.” “Whatever,” Kristen said, leaning in for a kiss. “It’s fine. Good night.”
― David Finch, The Journal of Best Practices: A Memoir of Marriage, Asperger Syndrome, and One Man's Quest to Be a Better Husband
4 likes
Like

“Kristen needs time in the morning to shower and get ready for work. Compared to the more advanced topics on the list, such as Be more present in our family’s moments and Take a break from your own head once in a while, the shower-time thing seemed relatively easy to master. I’d start there. Normally on workdays, Kristen would wake up at five thirty or six, a few minutes before the kids, and try to take a quick shower. Inevitably the shower would wake up Emily because her room was next to our bathroom. Emily would toddle past me, sound asleep in my bed, to join Kristen in the bathroom until she finished showering. Then they’d wake up Parker and go downstairs for breakfast. After breakfast (so I’m told) Kristen would play with the kids before returning to our bathroom to finish getting ready, while they crowded her and played at her feet. All I ever saw of this process was the tail end, when Kristen would emerge from the bathroom to kiss me good-bye and tell me she was taking the kids next door to Mary’s. That’s when my day would begin. How can I make time for her to get ready without interfering with my own routine? I wondered, sitting down on the edge of our bed. Maybe she could wake up a half hour earlier, say five A.M.? I didn’t think that would work.”
― David Finch, The Journal of Best Practices: A Memoir of Marriage, Asperger Syndrome, and One Man's Quest to Be a Better Husband
4 likes
Like