,
Discover new books on Goodreads
See if your friends have read any of Joachim Fest's books 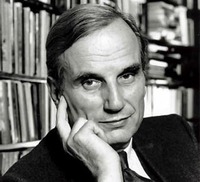 Born
in Berlin, Germany
December 08, 1926
Died
September 11, 2006
Genre
Biographies & Memoirs, History, Politics
edit data
Joachim Clemens Fest (1926-2006) was a German historian, journalist, critic and editor, best known for his writings and public commentary on Nazi Germany, including an important biography of Adolf Hitler and books about Albert Speer and the German Resistance to Nazism. He was a leading figure in the debate among German historians about the Nazi period.

· 5,182 ratings · 351 reviews · 46 distinct works • Similar authors
More books by Joachim Fest…
Quotes by Joachim Fest  (?)
Quotes are added by the Goodreads community and are not verified by Goodreads. (Learn more)
“The need to magnify themselves, to bestir themselves, is characteristic of all illegitimates.”
― Joachim C. Fest, Hitler
2 likes
Like

“The problems of the moment must never place the principle in doubt.”
― Joachim Fest
tags: inspirational
2 likes
Like

“Neither blindness nor ignorance corrupts people and governments. They soon realize where the path they have taken is leading them. But there is an impulse within them, favored by their natures and reinforced by their habits, which they do not resist; it continues to propel them forward as long as they have a remnant of strength. He who overcomes himself is divine. Most see their ruin before their eyes; but they go on into it.1 Leopold von Ranke”
― Joachim Fest, Hitler
1 likes
Like