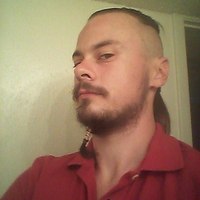 Born
in Boston, MA, The United States
Twitter
jeroic9
Genre
Science Fiction & Fantasy
Influences
J.R.R. Tolkien, MIchael Kirkbride, Terry Pratchett J.R.R. Tolkien, MIchael Kirkbride, Terry Pratchett ...more
Member Since
December 2011
URL
https://www.goodreads.com/Jeroic
edit data
A freelance writer, editor, proofreader, transcriber and all around odd-jobs-man comes around from time to time. One of those times is now. I do all those things, despite the fact that I can only spell over the course of several edits myself. My fingers and tongue move faster than my brain often as not, and I get myself in and out of trouble like a charming rogue protagonist in a high fantasy novel. Speaking of which, fantasy is my favorite and primary genre.

Am I even using that word right?

I only seem to use this blog for the important things, but these things are mostly important to me. So maybe more "self-serving."

Anyway, my new book is out, you should definitely give it a look-see:

“Night, forever. But within it, a city, shadowy and only real in certain ways.
The entity cowered in its alley, where the mist was rising. This could not have happened!
Yet it had. The streets had filled with… things. Animals! Birds! Changing shape! Screaming and yelling! And, above it all, higher than the rooftops, a lamb rocking back and forth in great slow motions, thundering over the cobbles…
And then bars had come down, slamming down, and the entity had been thrown back.
But it had been so close! It had saved the creature, it was getting through, it was beginning to have control… and now this…
In the darkness of the inner city, above the rustle of the never-ending rain, it heard the sound of boots approaching.
A shape appeared in the mist.
It drew nearer.
Water cascaded off a metal helmet and an oiled leather cloak as the figure stopped and, entirely unconcerned, cupped its had in front of its face and lit a cigar.
Then the match was dropped on the cobbles, where it hissed out, and the figure said: “What are you?”
The entity stirred, like an old fish in a deep pool. It was too tired to flee.
“I am the Summoning Dark.” It was not, in fact, a sound, but had it been, it would have been a hiss. “Who are you?”
“I am the Watchman.”
“They would have killed his family!” The darkness lunged, and met resistance. “Think of the deaths they have caused! Who are you to stop me?”
“He created me. Quis custodiet ipsos custodes? Who watches the watchmen? Me. I watch him. Always. You will not force him to murder for you.”
“What kind of human creates his own policeman?”
“One who fears the dark.”
“And so he should,” said the entity, with satisfaction.
“Indeed. But I think you misunderstand. I am not here to keep the darkness out. I am here to keep it in.” There was a clink of metal as the shadowy watchman lifted a dark lantern and opened its little door. Orange light cut through the blackness. “Call me… the Guarding Dark. Imagine how strong I must be.”
The Summoning Dark backed desperately into the alley, but the light followed it, burning it.
“And now,” said the watchman, “get out of town.”
― Terry Pratchett, Thud!
83 likes

Libboo Book Club — 69 members — last activity May 04, 2020 09:55PM
A group focused around the books to be found and buzzed on Libboo (www.libboo.com). Frequent giveaways and free content!

Brandon Sanderson
author of
The Final...