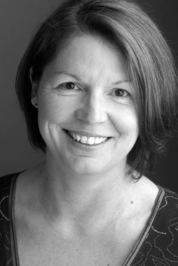 I help authors, poets and all kinds of writers to establish and improve their online social web presence, from optimising their social profiles to engaging on Twitter, Facebook, LinkedIn and other online networks. My services include mentoring and training for groups or individuals.

My free newsletter "Social Media Essentials for Writers" goes out every two weeks - you can sign up for it and read the blog at www.socialmediaforwriters I'm the author of 'Blogging for Creatives' (Ilex 2012) and two more blogging books forthcoming in 2015. I'm also a published and award-winning poet with work in The Rialto, the North, Agenda, Poetry News and other good UK poetry publications.) My pamphlet "The Great Vowel Shift' is available from Telltale Press.

I help authors, poets and all kinds of writers to establish and improve their online social web presence, from optimising their social profiles to engaging on Twitter, Facebook, LinkedIn and other online networks. My services include mentoring and training for groups or individuals.

My free newsletter "Social Media Essentials for Writers" goes out every two weeks - you can sign up for it and read the blog at www.socialmediaforwriters.co.uk

My online experience goes way back - I hand-coded my first website in 1999 and my first HTML email newsletter in 2000. Since then I've worked exclusively in online marketing and communications, advising organisations, small businesses and communications teams in social (media) business communications. I've also written hundreds of articles for professional, business and consumer publications including Hotelkeeper and Caterer, Classical Music, Dine Out and Market Leader. I've been blogging for many years and have guest blogged for Friday Ad, the Marketing Society, Marketing Profs, BritMums and others.
...more

Should writers blog? Hear me being interviewed on The Author Biz

Last month Stephen Campbell of The Author Bizpodcast invited me onto his show to talk about authors and blogging. He grilled me about everything from ‘should authors blog?’ (I wish there were a straightforward answer to this!) and my thoughts on the various platforms available, hosting options, organising your time and so forth. Listen to…
View more on Robin Houghton's website »
Like  •  0 comments  •  flag

Robin Houghton is currently reading
The Turn of the Screw and Other Short Fiction
by Henry James
bookshelves: currently-reading

“Every authentic poem contributes to the labor of poetry… to bring together what life has separated or violence has torn apart… Poetry can repair no loss, but it defies the space which separates. And it does this by its continual labor of reassembling what has been scattered.”
― John Berger
17 likes

“Everybody in this room is bored.
The poems drag, the voice and gestures irk.
He can't be interrupted or ignored.

Poor fools, we came here of our own accord
And some of us have paid to hear this jerk.
Everybody in the room is bored.

The silent cry goes up, 'How long, O Lord?'
But nobody will scream or go berserk.
He won't be interrupted or ignored.

Or hit by eggs, or savaged by a horde
Of desperate people maddened by his work.
Everybody in the room is bored,

Except the poet. We are his reward,
Pretending to indulge in his every quirk.
He won't be interrupted or ignored.

At last it's over. How we all applaud!
The poet thanks us with a modest smirk.
Everybody in the room was bored.
He wasn't interrupted or ignored.”
― Wendy Cope, If I Don't Know
10 likes

Margaret Drabble
author of
The Mills...

Liz Berry
author of
The Repub...

Thanks for accepting my friend request. It looks as though we like similar poetry. I have The Frost Fairs on my 'to-read' list but I'm not sure if I have the stamina for Ted Hughes letters.