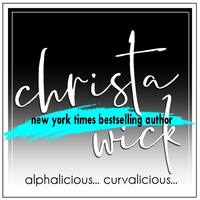 Where to find me & my books:
→ www.christawick.com
→ facebook.com/christawickbooks
→ bookbub.com/authors/christa-wick
→ bit.ly/Book New York Times and USA Today bestselling author Christa Wick has been hybrid publishing since 2012 (yep, she's one of the O.G. indie authors). She's written 50+ romances starring curvalicious heroines and alphalicious heroes whose stories span the spectrum of: steamy & sweet, steamy & emotional, steamy & suspenseful, steamy & paranormal, steamy & dark, and...well, you get the idea. Her darker, dirtier books are under C.M. Wick, and she also writes general fiction sci-fi thrillers and suspense novels under other pen names.

Hello, my lovely, wicked curvies. Check back early July because I have a few surprises in store!

Heroes Out of Uniform (5 books)
by
Christa Wick (Goodreads Author)

Protected by the Pack (3 books)
by
Christa Wick (Goodreads Author)

His to Claim (5 books)
by
Christa Wick (Goodreads Author)

“she was willing to accept that he needed a very plump yin to his hard-muscled yang. Wanting”
― Christa Wick, Wolf Curves
1 likes
Like

“The wind does not break a tree that bends. Be as strong as iron when you must, but never inflexible.”
― Christa Wick, Billionaire's Pet 3
1 likes
Like

“You're the only love I will ever have." Tears glittered in the big wolf's eyes, as if he had already lost his mate forever, her leaving only a formality. "You said we would always be together." Esme slid her hand across his chest so that the palm centered over his heart as she answered. "I will always be with you."  ”
― Christa Wick, Alpha Curves
0 likes
Like

“She let him know how much she liked what he was doing by scoring his back with her nails and crying out with pleasure.
"Oh, God."
"Nay, lass. Connor.”
― Julie Garwood, The Wedding

I’ve got two daughters who will have to make their way in this skinny-obsessed world, and it worries me, because I don’t want them to be empty-headed, self-obsessed, emaciated clones; I’d rather they were independent, interesting, idealistic, kind, opinionated, original, funny – a thousand things, before ‘thin’. And frankly, I’d rather they didn’t give a gust of stinking chihuahua flatulence whether the woman standing next to them has fleshier knees than they do. Let my girls be Hermiones, rather than Pansy Parkinsons.”
― J.K. Rowling
tags: character, fat, girls, j-k-rowling
1968 likes
Like

“Eat a live frog first thing in the morning and nothing worse will happen to you the rest of the day.”
― Mark Twain
tags: humor
757 likes
Like

Richard Long
author of
The Book ...

Diana wrote: "Thanks for accepting my friend request! I am just getting ready to start Kiss Me Gone and I'm really looking forward to it."

I hope it meets your expectations :) And sorry for the delay in accepting the request. Gmail must have shuffled it off into the wrong folder (usually goes to my main folder) and I haven't been on GR for almost a month (naughty Christa!).

Thanks for accepting my friend request! I am just getting ready to start Kiss Me Gone and I'm really looking forward to it. 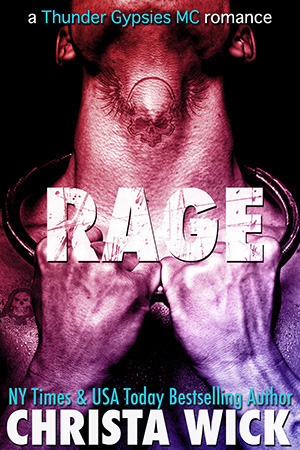 Every war is fought between brothers

Knowing outlaw biker Callan Tilley is about to be murdered by another member of the Thunder Gypsies MC, Avery Watkins calls the police. But not all the cops in Thunder Valley operate on the right side of the law, and saving Callan could cost Avery her life.

Callan's had a soft spot for the shy waitress from the first time he set eyes on her back in high school and is certain she was the one who called 911. That means she's as good as dead once the gang traces the call back to the bar where Avery works.

His plan to save them both? Steal a secret stash of the club's money, grab Avery and get the hell out of town. It might work, too, if the ATF, FBI, DEA and every other alphabet-soup agency in law enforcement wasn't on the hunt for a Gypsy willing to turn on the MC.

Just went and added a bunch of my favorite books. There seems to be a significant divide between what I read and what I write. It's not supposed to work like that!

Oh well! Back to working on my first Wicked Domination $tory featuring $ex with a bi₤₤ionaire.