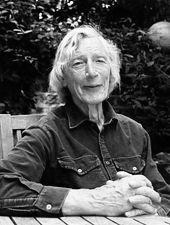 Peter Dickinson lived in Hampshire with his second wife, author Robin McKinley. He wrote more than fifty novels for adults and young readers. He won both the Carnegie Medal and the Whitbread Children's Award twice, and his novel The Blue Hawk won The Guardian Award in 1975. Peter Malcolm de Brissac Dickinson OBE FRSL was a prolific English author and poet, best known for children's books and detective stories.

Peter Dickinson lived in Hampshire with his second wife, author Robin McKinley. He wrote more than fifty novels for adults and young readers. He won both the Carnegie Medal and the Whitbread Children's Award twice, and his novel The Blue Hawk won The Guardian Award in 1975. ...more

Peter Dickinson isn't a Goodreads Author (yet), but he does have a blog, so here are some recent posts imported from his feed.

A year on… and a new edition of The Kin

In many ways this year has gone very quickly, even with the ache in the hearts of those who loved him. We are still unpacking boxes of books, sorting out pictures and furniture and finding them new homes.  I now have the grandfather clock from Peter’s living room, which was in the London house wher

The Ropemaker (2 books)
by
Peter Dickinson

The Kin (4 books)
by
Peter Dickinson

“The ketch belonged to an angry millionaire, who hadn't been willing to lend it until he received a personal telephone call from the President of France. (His wife had put on her tiara to listen to the call on an extension.)”
― Peter Dickinson, The Weathermonger
1 likes
Like

“That was the whole trouble with police work. You come plunging in. a jagged Stone Age knife, to probe the delicate tissues of people's relationships, and of course you destroy far more than you discover. And even what you discover will never be the same as it was before you came; the nubbly scars of your passage will remain. At the very least. you have asked questions that expose to the destroying air fibers that can only exist and fulfill their function in coddling darkness. Cousin Amy, now, mousing about in back passages or trilling with feverish shyness at sherry parties—was she really made all the way through of dust and fluff and unused ends of cotton and rusty needles and unmatching buttons and all the detritus at the bottom of God's sewing basket? Or did He put a machine in there to tick away and keep her will stern and her back straight as she picks out of a vase of brown-at-the-edges dahlias the few blooms that have another day's life in them? Or another machine, one of His chemistry sets, that slowly mixes itself into an apparently uncaused explosion, poof!, and there the survivors are sitting covered with plaster dust among the rubble of their lives. It's always been the explosion by the time the police come stamping in with ignorant heels on the last unbroken bit of Bristol glass; with luck they can trace the explosion back to harmless little Amy, but as to what set her off—what were the ingredients of the chemistry set and what joggled them together—it was like trying to reconstruct a civilization from three broken pots and a seven-inch lump of baked clay which might, if you looked at its swellings and hollows the right way, have been the Great Earth Mother. What's more. people who've always lived together think that they are still the same—oh, older of course and a bit more snappish, but underneath still the same laughing lad of thirty years gone by. "My Jim couldn't have done that." they say. "I know him. Course he's been a bit depressed lately, funny like. but he sometimes goes that way for a bit and then it passes off. But setting fire to the lingerie department at the Army and Navy, Inspector—such a thought wouldn't enter into my Jim's head. I know him." Tears diminishing into hiccuping snivels as doubt spreads like a coffee stain across the threadbare warp of decades. A different Jim? Different as a Martian, growing inside the ever-shedding skin? A whole lot of different Jims. a new one every seven years? "Course not. I'm the same. aren't I, same as I always was—that holiday we took hiking in the Peak District in August thirty-eight—the same inside?"

Pibble sighed and shook himself. You couldn't build a court case out of delicate tissues. Facts were the one foundation.”
― Peter Dickinson, The Glass Sided Ant's Nest
1 likes
Like

“The General was using the telephone, forcing his fierce personality along the wires to bully disbelieving clerks at the far end.”
― Peter Dickinson, The Weathermonger
0 likes
Like

Which Book Would You Like to Read in may?