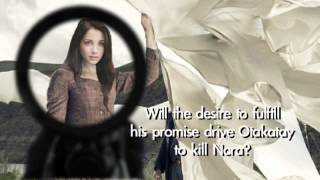 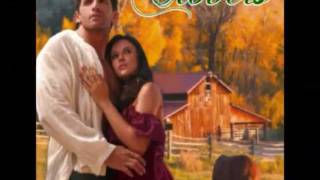 Website
http://www.katflannerybooks.com
Twitter
KatFlannery1
Genre
Historical Fiction, Paranormal, Western Romance
Member Since
November 2011
edit data
Kat Flannery’s love of history shows in her novels. She is an avid reader of historical, suspense, paranormal, and romance. A member of many writing groups including the National Romance Writers of America (RWA), Kat enjoys promoting other authors on her blog. When she’s not busy writing, or marketing Kat volunteers her time to other aspiring authors.

She’s been published in numerous periodicals throughout her career, and continues to write for blogs and online magazines. A bestselling author, Kat’s books are available all over the world. The BRANDED TRILOGY is Kat’s award-winning series. With seven books published, Kat continues to write two novels a year.

Podcaster and author, Joshua Pantalleresco is on my blog today! 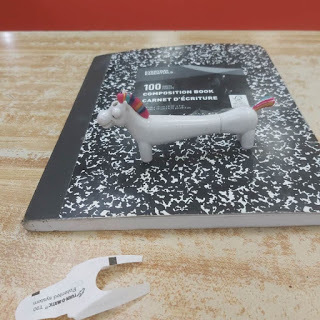 Here it is. My sister bought it for me. I almost got Ryan McFadden to sign his book with it. If his wife had seen the pen he would have had no choice.  Dang it.  But it's a cool pen right?  I legit write with it.
So this joke started way back when my sister suggested that in my current novel that I'd put a unicorn into it. No Read more of this blog post »
View more on Kat Flannery's website »
Like  •  0 comments  •  flag

“Sometimes I write drunk and revise sober, and sometimes I write sober and revise drunk. But you have to have both elements in creation — the Apollonian and the Dionysian, or spontaneity and restraint, emotion and discipline.”
― Peter De Vries, Reuben, Reuben
tags: misattributed-to-hemingway, writing-drinking
1811 likes

Catherine Astolfo
author of
The Bridg...

Alison Bruce
author of
Under a T...

Congrats on the new release Kat!

After the death of their father, twin sisters Maggie and Matty Becker are forced to take positions with officers’ families at a nearby fort. When the southern states secede, the twins are separated, and they find themselves on opposite sides of America’s bloodiest war.

In the south, Maggie travels with the Hamiltons to Bellevue, a plantation in west Tennessee. When Major Hamilton is captured, it is up to Maggie to hold things together and deal with the Union cavalry troop that winters at Bellevue. Racism, politics and a matchmaking stepmother test Maggie’s resourcefulness as she fights for Bellevue, a wounded Confederate officer and the affections of the Union commander.

In the north, Matty discovers an incriminating letter in General Worthington’s office, and soon she is on the run. With no one to turn to for help, she drugs the wealthy Colonel Cole Black and marries him, in hopes of getting the letter to his father, the governor of Michigan. But Cole is not happy about being married, and Matty’s life becomes all about survival. 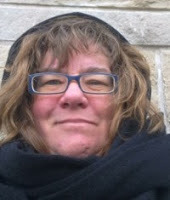 Alison Bruce has had many careers
and writing has always been one of them. Copywriter, editor and graphic
designer since 1992, Alison has also been a comic book store manager, small
press publisher, webmaster and arithmetically challenged bookkeeper. She is the
author of mystery, suspense and historical romance novels. 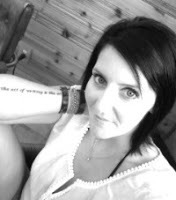 Kat Flannery’s love of history
shows in the novels she writes. She is an avid reader of historical, suspense,
paranormal, and romance. When not researching for her next book, Kat can be
found running her three sons to hockey and lacrosse. She’s been published in
numerous periodicals. This is Kat’s third book and she is hard at work on her
next.

We're also celebrating all day today over on Facebook - Stop by and join the FUN !

WIN - Check it out - Kat and Alison have a $50 Amazon Gift Card up for grabs!

Congrats on the new release Kat!

Fate has brought them together…but will a promise
tear them a part?

Otakatay is
hired to kill the witkowin-crazy women. A deadly bounty hunter, he has found
his last victim in timid healer Nora Rushton. Marked as a witch, Nora uses her
gift to heal those in need, and the bounty hunter is one of them. Will the
desire to complete his promise drive him to kill her, or will the kindness he
sees in her blue eyes push him to be the man he once was?

Nora and
Otakatay must fight for their freedom in a time when race and discrimination
are a threat and innocence holds no ground.
BUY THE BOOK    ***   BUY THE eBOOK    ***   READ THE EXCERPT

Kat Flannery has
loved writing ever since she was a girl. She is often seen jotting her ideas
down in a little black book. When not writing, or researching, Kat enjoys
snuggling on her couch with a hot chocolate and a great book.

Her first novel,
CHASING CLOVERS became an Amazon’s bestseller in Historical and Western
romance. This is Kat’s second book, and she is currently hard at work on the
third.

When not
focusing on her creative passions, Kat is busy with her three boys and doting
husband.

To celebrate her new release, Kate has a great contest going on to giveaway some awesome Lakota hand-made items and some Amazon Cash!  Check it out - a Rafflecopter giveaway