,
Discover new books on Goodreads
See if your friends have read any of Mehreen Ahmed's books 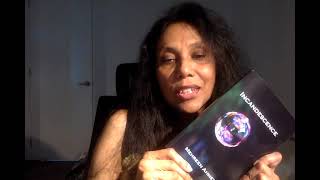 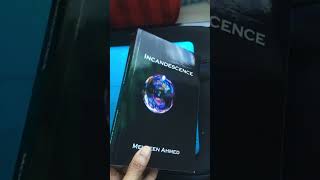 Publications/Forthcoming
Cambridge University Press,University of Hawaii Press,Michigan State University Press,Perception Multiple contests winner for short fiction,Mehreen Ahmed is an award-winning Australian novelist born in Bangladesh.Her historical fiction The Pacifist is an audible bestseller.Included in The Best Asian Speculative Fiction Anthology,her works have also been acclaimed by Midwest Book Review,DD Magazine to name a few.She is a featured writer on Flash Fiction North and Connotation Press,a reader for The Welkin Prize,Five Minutes,a juror for KM Anthru International Prize.Her works have been translated into German,Greek and Bangla,reprinted,anthologised and have made it to the top 10 read on Impspired Magazine multiple times.

More of Mehreen's books…
Quotes by Mehreen Ahmed  (?)
Quotes are added by the Goodreads community and are not verified by Goodreads. (Learn more)
“Where do you live, where do we live where is our home? Under this tree, over the mountains, and beyond, the sky, a time-rider. Dancing colours! Life was more surrealistic, this short life than death, death was natural, not the other way round.--Mehreen Ahmed, Incandescence.”
― Mehreen Ahmed, Incandescence
tags: novel, philosophy, spiritualism
18 likes
Like

“Were those dots, she doted, connected on any linear pathway, where the past joined with the present as an invisible time chain? Time’s effects were certainly not invisible, no matter how invincible.”
― Mehreen Ahmed, The Blue, Red Lyrae
tags: introspective-quote-novella
14 likes
Like

“Rhonda looped, as unmitigated suffering descended on her; one wave of thought crashed over another without sensible demarcation; bamboo leaves swayed in maddening winds; jaded wetness danced upon purpled drizzles on towering trapeze; grapefruit vines bottled in brine; dewdrops on her eyes. All this, as though, a nonsensical midsummer’s night dream had occurred in an enchanted forest under the influence of Puck’s flower juices, wavering in the moonlight like many of her dreams. A thin line separated reality from dream; like being on a continuum, further up, cross over to another reality; an illusory realisation of a past hollered. Our roles played, but in innate imperfection, to the tune of some charm thrust upon as disposition in this enchanted forest of life.”
― Mehreen Ahmed, Jacaranda Blues
tags: stream-of-consciousness
9 likes
Like

“Mother I had a beautiful house in Shingdi a vegetable garden Vines of bitter gourd lettuce English spinach and tousled coconut trees Coconuts fell on my darling husbands head One day we made love under the tree Now I was pregnant just like my orchard full of fruits with the love child Oh I ran as hard as I could from the shadow These were shadows of time shadows of the past ...”
― Mehreen Ahmed, Moirae
tags: amazon-com
1 likes
Like

“If one were to typify a place, then these are snapshots that need to be captured. Brazen realities frozen in time; progress impeded because of a tradition of cultural sloth. The world goes by without a moment’s reproach and I retire for the day; however, a line drones mindlessly in paradox.

“Let us go then, you and I, when the evening is spread out against the sky, like a patient etherized on a table (The Love-Song of J. Alfred Prufrock T.S Eliot, 1920).”

“Nothing moved him. No sense of remorse could knock him back into reaction; no tears of regret flowed from those weary eyes.This seemingly innocuous episode, transpired into greater tragedy and it left him vaguely disengaged.”
― Mehreen Ahmed, The Blotted Line
tags: of-note
1 likes
Like

“At the time she made a decision, a sensible one, in which love might or might not have had a role to play. What was more appealing, was a promise of a peaceful life that she has had until now, untouched by quandary. But that too was slipping away and she was powerless to recapture it, a virtuous relationship and its limpidness that knew neither quarrels nor deceit.”
― Mehreen Ahmed, Jacaranda Blues
tags: jacaranda-blues
1 likes
Like

“In life we have no time. In death we've got all eternity.”
― Mehreen Ahmed
4 likes
Like

GOOD REVIEWS — 8036 members — last activity 7 hours, 59 min ago
This Group is only for authors who are looking for reviews and Reviewers who love to read books and share their reviews.

thank you for the friend

#Streamofconsciousness Moirae and the language of dreams.

Foreword written by - Joe Ferguson, book reviewer for The American Book Review, Kirkus Indie, and a number of other publications.

Stream of consciousness is a tradition of writing that was made famous in 1922.  Also known as interior monologue, this style sets out to tell a story through the internal thought processes of a character.  Precursors to this style are seen as early as 1757 in Laurence Sterne’s novel, Tristram Shandy.  Though there are elements of stream of consciousness in Tristram, the name of the style wouldn’t be coined until 1890.  Philosopher, William James, gave it a name, saying of the style, “A 'river' or a 'stream' are the metaphors by which it is most naturally described. In talking of it hereafter, let's call it the stream of thought, consciousness, or subjective life.”

In 1922 James Joyce wrote his masterpiece, Ulysses, employing the stream of conscious narrative device.  Since then, it has been hailed as one of the most elusive and beautiful writing styles that an author can choose.  But because of the difficulties in achieving brilliance in such a demanding narrative voice, only masterful writers choose to take up the call.  Virginia Woolf’s Mrs. Dalloway, William Faulkner’s The Sound and the Fury, and Samuel Beckett’s Molloy are a few of the greatest examples.

More recently, and perhaps more closely aligned with Moirae’s use of stream of consciousness, Irvine Welsh’s Trainspotting is an example of how states of dreaming and reality collide together to form a narrative that is not mediated.  The character’s mind is unfettered by the structure of a regular narrative.  As such, even with the double entendre in meaning when Nalia dreams in Moirae, we are presented with a truer representation of reality; that is to say, the world is not narrated by a third person.  That shift in Moirae, of removing the traditional narrator, is the realism that stream of consciousness writing strives for.  A story without mediation.

Only the bravest authors tackle the stream of consciousness style.  The atmospheric imagery and richly layered language required for stream of consciousness is akin to Picasso’s abstract art or John Coltrane’s free-form jazz.  That is, the unusual phrasing and lack of punctuation create brush strokes and notes of a unique voice.  Without pushing at the boundaries of traditional style, the novel would be stuck in a very primitive form.  Without literary efforts of authors like Ahmed, the novel would become stagnant.

In the following pages you will read about a planet with two moons, at some point in the future.  This world has not changed much:  poverty, political corruption, and religious discord divide groups of people.  Immigrants that seek a better life are feared and shunned.

Moirae is a dense book packed with literary allusion, existential crises, and personal and public tragedies, told through a unique blend of narrative and stream of consciousness styles, tinged with moments of magic realism.

Ahmed enhances the stream of consciousness segments by eliminating all punctuation, turning sentences into double entendres depending on where you think they should end. “You stupid fool why did you lie so Tell them the truth…” This technique also forces a closer read than if supplied with all the usual markers.

The story follows the plight of a number of characters forced by circumstances to leave their homelands, or commit acts of desperation. It is the story of escape: by boat, or by madness; from one hell to another; from a clear-cut problem, to an empty Kafkaesque nightmare. Simultaneously celebrating the human spirit, while allowing capricious fate to rule, the author elevates the plight of the poor to Greek Tragedy; even, at times, supplying choruses drawn from ancient theater.

Moirae will captivate your imagination and satisfy your need for thought-provoking literary work.

Conrad's "Heart of Darkness," a book written in a stream of consciousness style.

"Heart of Darkness describes a voyage to Africa, common for the British still, despite the horrific treatment which was apparent of colonization. The chaotic, stream-of-consciousness style Conrad took on helped to display the confusion, and made the reader have to interpret for themselves what they thought the writer meant. Conrad experiments with this style, leaving some sentences without ending: "not a sentimental pretense but an idea;…something you can set up…and offer a sacrifice to…." (Conrad, Longman p. 2195), a very choppy form of literature and causes the reader to fill in the holes and interpret themselves, alone. Conrad skips about from talking of the "two women knitted black wool feverishly" at the gate of the city (of hell), to his aunt which he feels women are "out of touch with truth," to how the British are as "weak-eyed devil(s) of a rapacious and pitiless folly" (Conrad, Longman pp. 2198, 2199, & 2202). Conrad's mind moves about as ours do along a large duration of literary monologue to convey to the reader the author's ideas, as interpreted by the reader. "

"a quarter after what an unearthly hour I suppose theyre just getting up in China now combing out their pigtails for the day well soon have the nuns ringing the angelus theyve nobody coming in to spoil their sleep except an odd priest or two for his night office the alarmlock next door at cockshout clattering the brains out of itself let me see if I can doze off 1 2 3 4 5 what kind of flowers are those they invented like the stars the wallpaper in Lombard street was much nicer the apron he gave me was like that something only I only wore it twice better lower this lamp and try again so that I can get up early" - James Joyce, Ulysses.

Synopsis: In 1866, Peter Baxter's misfortune ends the day he leaves Badgerys Creek orphanage. Unsure of what to do next, Peter finds himself on a farm run by Mr. Brown. An aging man, Brown needs help and is happy to give Peter a place to live in exchange for his labor. Unbeknownst to Peter, Brown's past is riddled with dark secrets tied to the same orphanage, which he has documented in a red folder.

During a chance encounter, Peter meets Rose. Peter cannot help but fall in love with her beauty, grace, and wit but fears that his affection will go unrequited as a result of his crippling poverty. But fate changes when Peter joins the search for gold in Hill End, New South Wales. Striking it rich, he returns to Rose a wealthy man. Peter is changed by his new found affluence, heading towards the mire of greed. Will Rose regret her relationship with Peter?

Meanwhile, Rose has her own troubled history. One that is deeply entwined with Brown's past and Peter's future.

Critique: A deftly crafted and consistently entertaining novel, "The Pacifist" reveals Australian author Mehreen Ahmed's exceptional flair for narrative storytelling and compellingly memorable characters. Original, compelling, skillfully written from cover to cover, "The Pacifist" is very highly recommended, especially for community library Historical Fiction collections. It should be noted for personal reading lists that "The Pacifist" is also available in a paperback edition (9781988762067, $14.99) and in an inexpensive Kindle format ($0.99)."