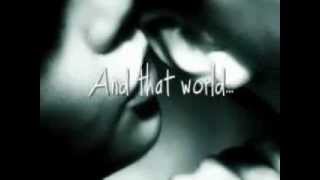 From USA Today bestselling author Carole Lanham, comes a story that book clubs are calling THE HELP’s steamy cousin… When Hadley Crump agreed to take reading lessons from Lucinda Browning, he had no idea she would be teaching him lessons the rest of his life. Drawn into the dangerous world of banned books by a girl he’s not meant to have, Hadley finds himself consumed by a world of dark secrets... Read more of this blog post »
Like  •  0 comments  •  flag

The Good Part (Horror)
1 chapters   —   updated May 13, 2015 06:33PM
Description: From the short story collection THE WHISPER JAR, The Good Part is an award-winning tale of dark fiction that tells of a young brother and sister whose relationship takes a horrific twist after a stranger spends the night on their farm.

“She is too fond of books, and it has turned her brain.”
― Louisa May Alcott, Work: A Story of Experience
tags: books
5653 likes

“Faith, Sophia. Life isn’t always going to give you the answers to the questions you’re asking. Sometimes you have to make do with the answers you get.”
― Rebecca Hamilton, The Forever Girl
20 likes

REVIEW OF THE WHISPER JAR
by Conrad Zero

The Cover
The cover shows a red eye peering through an ornate door/windowframe. This looks great, and a touch unnerving. Definitely fitting for a work of dark fiction, but I was disappointed that it wasn’t more directly related to the title itself. I would rather have seen a visual of an actual Whisper Jar.

The running theme of this collection is secrets, and none of the stories capture this theme more succinctly than the first story/poem, also named The Whisper Jar. This is a riveting story-poem written (in rhyming couplets) about people capturing their secrets in glass jars, and the troubles that follow… A quick and fun read, this first story definitely piqued my interest in reading the rest of the book.

Another delightful poem/story is The Adventures of Velvet Honeybone, Girl Werewuff - a short, rhymed couplet that gives a new twist to the classic Red Riding Hood mythos.

The Good Part is the highlight of the collection for me. A wicked, incestuous story reminiscent of Let Me In but set in the deep South. The story highlights the relationship between coming-of-age teens and coming-of-age vampires. The Reading Lessons is another awesome addition of teenage angst, lust, and doubt about who-is-really-in-control. These two stories work so well because Carole’s writing really sells the characters. They are disturbingly real, and so are their actions.

The Blue Word is a post-apocalyptic genre tale with a clever twist. But I don’t want to tell too much here, lest I spoil the surprise. Suffice to say, the story twist in The Blue Word would make this story a great Twilight Zone episode.

Overall
Carol Lanham’s stories flirt with relationships, sexuality, paranormality, brutality and even reality. The stories are glimpses into dark places and alternative realities which never go to full-on Horror, but there is at least one implied death. Plenty of sexuality, but very little actual sex.

THE SHORT STORY
The Whisper Jar blends dark and sometimes paranormal situations into the really-real everyday world with clever writing, an Edgar Allen Poe sensibility, and a splash of Neil Gaiman’s Fragile Things. Carole Lanham writes in her own carefree but intuitive voice. Audiences will slip into these short stories as easily as they would a warm bath, only to be surprised at how quickly the waters deepen. Those looking for a variety of dark character studies, whimsical situations and disturbing relationship dynamics will enjoy The Whisper Jar.

The Whisper Jar will be available from Morrigan Books on 31 October 2011.