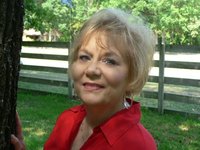 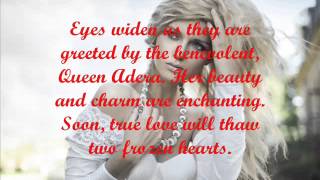 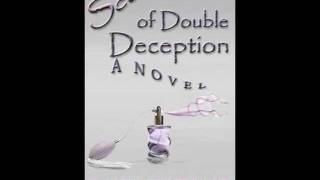 136 books | 1,657 friends
Friend details
Through Goodreads, Fate brought us together
"Looks and brains...this talented lady has both. I'm thrilled to be a friend.

Born
Marshall, TX
Website
http://www.jeanniebarber.com
Twitter
dragracers22
Genre
Mystery & Thrillers, Romance, Short Stories
Member Since
July 2008
edit data
Jeannie Faulkner Barber was born and raised in Marshall, Texas . Writing has been one of two passions in her life, the other being drag racing: she drives her own race car. She met her husband Monte at the track. She is an active member & officer of the East Texas Writers Association She lives in Kilgore , Texas with Monte. They have three sons and nine grandchildren.

I recently made friends with a lady whose name I definitely cannot pronounce (other than her first), but whose writings I most assuredly can identify.

Yvonne Mahlape Maserumule has an enthralling blog which she simply calls: MY WORLD OF FANTASY.

In my eyes, she entreats on the here and now by aptly and artistically creating glorious tributes to some of the most colorful and engaging persons of inte Read more of this blog post »
3 likes · Like  •  2 comments  •  flag

“Books are the plane, and the train, and the road. They are the destination, and the journey. They are home.”
― Anna Quindlen, How Reading Changed My Life
tags: books, journey, reading, travel
5171 likes

“You know you're in love when you can't fall asleep because reality is finally better than your dreams.”
― Dr. Seuss
tags: attributed-no-source, dreams, love, reality, sleep
118569 likes

“I will tell a thrilling tale of intrigue,” said Queen Noor. “So thrilling that you might think yourself to be in the presence of a fine, traveling storyteller.”
― Karen Gammons, Shadow Man
9 likes

Jewel Adams
author of
Against t...

Brenda Hill
author of
Beyond th...

Sylvia Day
author of
Bared to You

Dear Jeannie,
Thanks so much for the friend invite and for also joining my Goodreads group (books+movies+tv shows=awesome!).
To post a video i would suggest "www.tinypic.com" and upload it, then copy and paste the HTML into the section at the top of the group's page titles 'videos' (where you can add them).

A belated thanks for choosing me to be among your friends, Jeannie. It may interest you that one of my books: Marvin Clark—In Search of Freedom is now a matching FREE download on Amazon Kindle. Enjoy it while you can. (A little review on Amazon wouldn't hurt either!)
http://www.amazon.com/Marvin-Clark-Se...

thanks for the add!

Add your books to Book Club Reading List today and
get introduced to thousands of book clubs for free.
It's free if you have a website. We only require
that you add our link on your website.

It's a great pleasure!

Thanks, Leah for the review. I have to say, it was a very difficult 'project' because with two authors there is always a difference in voice. However, we did accomplish the goad intended.

My solo suspense, Taste of Fire will debut in February 2012. Perhaps you'll be interested enough to check it out, too. If so, just contact me. Here is the blurb.

Flames from a fiery car crash, brand the arm of the blameless child occupant. Allegedly forsaken by her mother, spirited Terri Neal is raised by the surviving parent, Fire Captain Chuck Neal. Incessantly teased by childhood peers over the uncharacteristic scar, she finds comfort in her father’s explanation of how it came to be, “The flames licked your arm, but when it tasted you, it knew you were special, and the fire was afraid.”

Out of love and admiration for this valiant man, Terri joins the ranks and develops into a dedicated, top-notch firefighter. Distraught after Chuck’s shadowy death in a mysterious building fire, Terri becomes overly aggressive in her career.

In the attempt to save a kitten from a crumbling house fire, she sees her father’s image in the flickering inferno. He instructs the iron-willed young woman to seek out her biological parents. However, this task will be far from mundane as it propels her down a path of intrigue, romance, and peril. Light begins to flow into Terri Neal’s life, but is quickly extinguished. In the depth of night lurks a lethal stalker.

Death approaches and someone will soon succumb to the insatiable Taste of Fire.

I just wanted to let you know that I finally got around to reading your book! It was an enjoyable, fun read! I've posted my review on my personal blog (http://leahslitandcoffee.blogspot.com...), Amazon.com, my personal Facebook page, and here on Goodreads. Thank you for the opportunity to read your book! :)

Thanks for the friend request, Jeannie.
Karen

Hi Jeannie,just dropping by for a visit. I would like to invite you to check out Shadow Forrest Authors for charity and help support illiteracy issues.
http://www.shadowforestauthors.com
We also have a SFA group here on goodreads. Have a great week.
Blessing CJ

Hi Jeannie, stopped by to see what's new on your page. Have a great week.
Blessings CJ

Hi Jeannie. Thankx for the add. It's nice to meet you.

Thanks Derek and best of luck on it!
Blessings,
Jeannie

My new book, The 9 Ghosts of Samen's Bane, is available now at amazon.com and target.com. Have a great day.

Glad to meet you!

Lol hey, thanks for the friend request and the post.

Thanks Claire for asking about our book. It's a suspense novel with romantic elements. But go to http://clairkelley.synthasite.com
to get a little better idea. The site is still a work in progress.
Hugs!
Jeannie

Hello! Thank you for adding me as well.
I will have to post some of my artwork on here.
What is your novel about?
I am interested in finding out more about it!

You too! And Happy Easter!
Blessings,
Jeannie

Hi, thanks for friend Invite
Enjoy your weekend.

hi jeannie,
thanks for the comment and for being a friend.
wishing you much peace,
Aaron

Thank you for your kind comments, Jeannie. Hope you have a great week! God Bless,
Shadonna

Hi Jeannie! Glad to meet you!

Hi Jeannie! Thanks for the comment on my page! That really made my day!

Thank you so very much for being a friend!

Thanks Shawnette! I'd love to saty in touch, too.
If you're like me, I stay so busy.
Smiles,
Jeannie

Thanks for the compliment on my name Jeannie...I like it too...apparently my Aunt on my father's side named me...how that happened I have no idea...but the whole name is really a mouthful...LOL...and I look forward to chatting with you from time to time...I'll do my best to keep in touch...have a blessed week...and Happy Reading :-)

Glad to have you as a friend too!!

Hi Jeannie!
I don't mind at all!

Thanks for the add, too!
Have a great weekend :)

Hey Jeannie...thanks for the invite into your circle of friends...looking forward to sharing chats, reviews and any/all recommendations...have a blessed week...and Happy Reading :-)

Thank you so much for the add. I'll speak to you soon. Hope you are well.

You bet! Can I ask you something? I noticed you have the 'FAN' button, how did you get that on your page?
I'm blonde....and old. LOL!
Thanks,
Jeannie

Thanks for the compliment and for the invite!

Dear Jeannie...love your name too, and thanks for being my friend...:)

Thanks for the warm invitation! And I'd love for you to see come see the beautiful piney woods of East Texas. Wouldn't it be awesome to meet in the middle? LOL!
Hugs,
Jeannie

Your welcome, Jeannie
this is an awesome place to connect :D

Oh I love that your curiousity was sparked! Well, a big CONGRATS to your girlfriend on Bombshell. I'll have to check it out!
Hugs,
Jeannie

Hey Jeannie, what are these "forbidden thoughts" all about? Sounds mysterious! Hey, my novel Bombshell came out today, so check it out if you get a chance, you might like it. Have a great day!

You too, Elizabeth. Have an awesome wkend!
Smiles,
Jeannie

Thanks for the friendship, Jeannie

Thanks CJ, I'd love to join. It's absolutely awesome when people are so kind to those of us still learning the ropes.
Hugs,
Jeannie

Thanks for your kind words Jeannie, I do hope to get to know you better. I'd like to invite you to the Shadow Forest Authors group. Keep in touch.
Blessings CJ