Discover new books on Goodreads
See if your friends have read any of D.H. Nevins's books 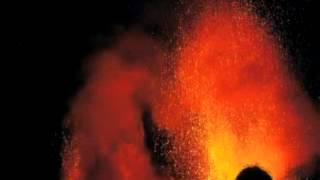 Born
in Toronto, Canada
November 02
Website
http://www.dhnevins.com
Twitter
dhnevins
Genre
Science Fiction & Fantasy, Paranormal, Romance
Member Since
July 2011
URL
https://www.goodreads.com/dhnevins
edit data
D.H. Nevins was born in Toronto and currently lives in a quiet area of Ontario, surrounded by forests and lakes. By day, she is a personable, friendly school teacher. By night, she silently chuckles as she writes about destroying the world. When she isn't writing, she enjoys hiking, camping, flying around on her motorcycle or dabbling in live theatre.

If I HAD to narrow it down, however, I suppose it would come down to these two: Jamie Fraser and Claire Fraser (Beauchamp) from Diana Gabaldon’s Outlander series, and William Herondale and Tessa Gray from Cassandra Clare’s Infernal Devices series.

The chemistry between Claire and Jamie is powerful and arresting. Diana Gabaldon writes in such a way that the emotions of the characters feel so raw and real, I would find residual emotions from them permeating into my day-to-day life. I loved that. Plus, Jamie epitomizes the perfect male hero: a swashbuckling highlander, admired by others but with a history and depth of character that makes him immediately likable. Claire is intelligent, strong-willed and sometimes has the mouth of a sailor, all of which are amusing traits for a woman to openly project in the Scottish Highlands of the 1700’s. They make the perfect, dynamic couple. 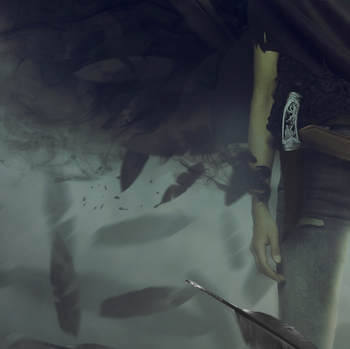 I bet you thought I'd be showing you the cover now, right?
Well, at the moment, I can't. But the reason why is soooo COOL! I have given a handful of blogs the exclusive right to post the cover for the next three days. And not only are they posting, but they're also sharing "Fun Facts" about the Wormwood series and the writing process; each host blog has a unique "Fun Fact"; there's a bookish s Read more of this blog post »
View more on D.H. Nevins's website »
1 like · Like  •  0 comments  •  flag

“Your lineage does not dictate your nature.”
― D.H. Nevins, Wormwood
0 likes
Like

Hi everyone, I would really love to hear your opinion...

I received a big surprise last week. One of my readers, the talented Derek Murphy, spontaneously decided to design a new cover for my post-apocalyptic paranormal, Wormwood. He did three separate mock-ups, all of which are amazing.
But which should I pick?

Could you help me decide by telling me which is your favourite?

To help get a feel for the story, here's a quick blurb:

Against a devastated, post-apocalyptic landscape, a legion of one hundred fierce half-angels is hell bent on purging the Earth of all humans. But one of them, the tormented Tiamat, struggles against his mission, and when he rescues a beautiful woman named Kali, he finds the attraction as troubling as it is dangerous. Can Kali trust the one creature who could be responsible for her ultimate demise?

Thanks so much! ~D.H. Nevins

“There is no greater agony than bearing an untold story inside you.”
― Maya Angelou, I Know Why the Caged Bird Sings
tags: 1970, inspirational, stories, writing
29463 likes
Like

“You have to write the book that wants to be written. And if the book will be too difficult for grown-ups, then you write it for children.”
― Madeleine L'Engle
tags: books, children, difficult, grown-ups, write, writers, writing
16742 likes
Like

“There is nothing to writing. All you do is sit down at a typewriter and bleed.”
― Ernest Hemingway
tags: good, writing
18838 likes
Like

“What really knocks me out is a book that, when you're all done reading it, you wish the author that wrote it was a terrific friend of yours and you could call him up on the phone whenever you felt like it. That doesn't happen much, though.”
― J.D. Salinger, The Catcher in the Rye
tags: authors, books, literature, reading, writing
20950 likes
Like

Thanks for friending me! :)

You're so welcome, Robert and Kimberly. Looking forward to seeing more of you on here. =D

Thanks for accepting my friend request, D.H.

Thanks for the friend add! Always nice to find another Torontonian on Goodreads!

Thanks, Diana. You have a great weekend, too! :)

Thank you for adding me hon. Have a great weekend. Hope all is well :D

Thanks for the friend request. I'm looking forward to talking books with you :-)

Thanks, Dustin. Great to meet you! :)

My first-ever author interview! This is with Heather Cashman, author of Perception, an awesome dystopian YA read! Please check it out. http://ow.ly/6AMMq