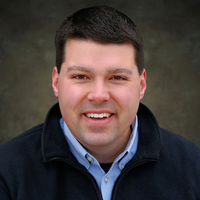 The rise of media saturation has ushered in a new age of rivalry with the gospel for the human gaze. We live in an age of competing spectacles.

“If we neglect Scripture in order to read only other books, we not only cut ourselves from the divine umbilical cord that feeds our souls, we also cut ourselves from the truth that makes it possible for us to benefit from the truth, goodness, and beauty in the books that we read.”
― Tony Reinke, Lit!: A Christian Guide to Reading Books
tags: christianity, reading
10 likes
Like

“The more we take refuge in distraction, the more habituated we become to mere stimulation and the more desensitized to delight. We lose our capacity to stop and ponder something deeply, to admire something beautiful for its own sake, to lose ourselves in the passion for a game, a story, or a person.”
― Tony Reinke, 12 Ways Your Phone Is Changing You
7 likes
Like

“Currently, the Library of Congress houses eighteen million books. American publishers add another two hundred thousand titles to this stack each year. This means that at the current publishing rate, ten million new books will be added in the next fifty years. Add together the dusty LOC volumes with the shiny new and forthcoming books, and you get a bookshelf-warping total of twenty-eight million books available for an English reader in the next fifty years! But you can read only 2,600 - because you are a wildly ambitious book devourer. ... For every one book that you choose to read, you must ignore ten thousand other books simply because you don't have the time (or money!).”
― Tony Reinke, Lit!: A Christian Guide to Reading Books
tags: ambition, books, goals, limitations, reading
5 likes
Like

“God is most glorified in us when we are most satisfied in Him”
― John Piper
tags: christian-living, theology
735 likes
Like

“Years later, when Dostoevsky was reading the book of Job once again, he wrote his wife that it put him into such a state of "unhealthy rapture" that he almost cried. "It's a strange thing, Anya, this books is one of the first in my life which made an impression on me; I was then still almost a child." There is an allusion to this revelatory experience of the young boy in The Brothers Karamazov, where Zosima recalls being struck by a reading of the book of Job at the age of eight and feeling that "for the first time in my life I consciously received the seed of God's word in my heart" (9:287). This seed was one day to flower into the magnificent growth of Ivan Karamazov's passionate protest against God's injustice and the Legend of the Grand Inquisitor, but it also grew into Alyosha's submission to the awesomeness of the infinite before which Job too had once bowed his head, and into Zosima's teaching of the necessity for an ultimate faith in the goodness of God's mysterious wisdom. It is Dostoevsky's genius as a writer to have been able to feel (and to express) both these extremes of rejection and acceptance. While the tension of this polarity may have developed out of the ambivalence of Dostoevsky's psychodynamic relationship with his father, what is important is to see how early it was transposed and projected into the religious symbolism of the eternal problem of theodicy.”
― Joseph Frank, Dostoevsky: The Seeds of Revolt, 1821-1849
3 likes
Like

“My heart is like a country but half subdued, where all things are in an unsettled state, and mutinies and insurrections are daily happening. I hope I hate the rebels that disturb the King’s peace. I am glad when I can point them out, lay hold of them, and bring them to him for justice. But they have many lurking-holes, and sometimes they come disguised like friends, so that I do not know them, till their works discover them.10”
― Tony Reinke, Newton on the Christian Life: To Live Is Christ
2 likes
Like

“The progressive cure for our maladies is looking to Christ’s glory as we endure the proper medications of necessary pain and trials, the bitter circumstances that make us whiny patients.61 Yet Christ is always on call, his patience is infinite, and he bears with our complaints as he works out our spiritual health.62 Only in him do sinners find healing.”
― Tony Reinke, Newton on the Christian Life: To Live Is Christ
1 likes
Like

“Sin is what makes the things we know we ought to do so difficult and lifeless.”
― Tony Reinke, Newton on the Christian Life: To Live Is Christ
1 likes
Like