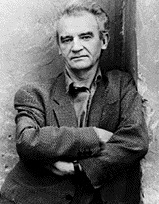 · 132,269 ratings · 5,457 reviews · 46 distinct works • Similar authors
More books by Seamus Deane…
Quotes by Seamus Deane  (?)
Quotes are added by the Goodreads community and are not verified by Goodreads. (Learn more)
“People with green eyes were close to the fairies, we were told; they were just here for a little while, looking for a human child they could take away. If we ever met anyone with one green and one brown eye we were to cross ourselves, for that was a human child that had been taken over by the fairies. The brown eye was the sign it had been human. When it died, it would go into the fairy mounds that lay behind the Donegal mountains, not to heaven, purgatory, limbo or hell like the rest of us. These strange destinations excited me, especially when a priest came to the house of a dying person to give the last rites, the sacrament of Extreme Unction. That was to stop the person going to hell. Hell was a deep place. You fell into it, turning over and over in mid-air until the blackness sucked you into a great whirlpool of flames and you disappeared forever.”
― Seamus Deane, Reading in the Dark
8 likes
Like

“The first thing to say about Finnegans Wake is that it is, in an important sense, unreadable.”
― Seamus Deane
6 likes
Like

“Paradise was not far away when I died”
― Seamus Deane, Reading in the Dark
5 likes
Like