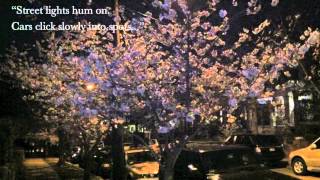 Born
in Philadelphia
April 19
Website
http://www.davidebenbach.com
Twitter
davidebenbach
Genre
Short Stories, Literature & Fiction, Poetry
Member Since
June 2007
edit data
David Ebenbach is the author of four books of fiction, two poetry collections, and a non-fiction guide to the creative process. His books have won numerous awards, including the Drue Heinz Literature Prize and the Juniper Prize, and David has a PhD in Psychology from the University of Wisconsin-Madison and an MFA in Writing from the Vermont College of Fine Arts. A native of Philadelphia, David now lives with his family in Washington, DC, where he teaches creative writing and literature at Georgetown University.

“Sanity in a writer is merely this: However stupid he may be in his private life, he never cheats in his writing. He never forgets that his audience is, at least ideally, as noble, generous, and tolerant as he is himself (or more so), and never forgets that he is writing about people, so that to turn characters to cartoons, or treat his characters as innately inferior to himself, to forget their reasons for being as they are, to treat them as brutes, is bad art. Sanity in a writer also involves taste . . . To write with taste, in the highest sense, is to write with the assumption that one out of a hundred people who read one’s work may be dying, or have loved someone dying; to write so that no one commits suicide, no one despairs; to write, as Shakespeare wrote, so that people understand, sympathize, see the universality of pain, and feel strengthened, if not directly encouraged to live on . . . If there is good to be said, the writer should remember to say it. If there is bad to be said, he should say it in a way that reflects the truth that, though we see the evil, we choose to continue among the living.”
― John Gardner, The Art of Fiction: Notes on Craft for Young Writers
8 likes

“It is not enough for the Jew to rest content with his own spiritual ascent, the elevation of his soul in closeness to G-d, he must strive to draw spirituality down into the world and into every part of it – the world of his work and his social life – until not only do they not distract him from his pursuit of G-d, but they become a full part of it.”
― (R. Menachem M. Schneerson)
tags: inspirational, judaism, kabbalah, photography, spirituality
2 likes

Judaism — 71 members — last activity Jul 27, 2015 01:22AM
This group is for anyone interested in reading literature related to Judaism.

The Wonderful World of Jews — 77 members — last activity Sep 11, 2018 10:21AM
If you'd like to discuss a book or bit of pop culture pap on Jews, Judaism, comparative religion, or other Jew-related topics, please do!
More of David’s groups…