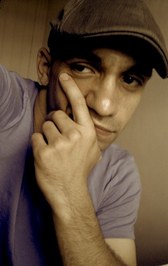 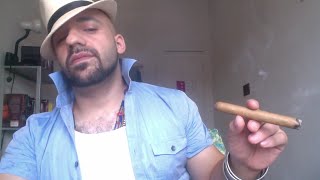 Here are the stories and essays I published in 2015, divided by which category they’re eligible for in […]
View more on Daniel José Older's website »
13 likes · Like  •  1 comment  •  flag 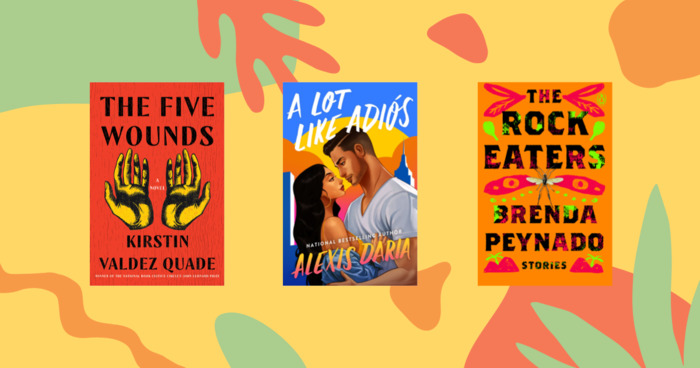 “Crazy. It was the same word María and Tía Rosa flung at Grandpa Lázaro. The same word anyone said when they didn't understand something. "Crazy" was a way to shut people up, disregard them entirely.”
― Daniel José Older, Shadowshaper
tags: ableism, crazy, mental-illness, silencing
26 likes
Like

“It’s really nice to meet you, sir. You drive like a wild maniac, and I respect that.”
― Daniel José Older, Shadowshaper
14 likes
Like

“Today she looked menacingly into the mirror and said: “I’m Sierra María Santiago. I am what I am. Enough.” She sighed. These days were spooky enough without her talking to herself. “More than enough.”
― Daniel José Older, Shadowshaper
14 likes
Like

Which YA/MG book would you like the group to read in September 2015?


The Thief of Always by Clive Barker
5 votes 41.7%
The City's Son by Tom Pollock
4 votes 33.3%
Shadowshaper by Daniel José Older
3 votes 25.0%
The Cavendish Home for Boys and Girls by Claire Legrand
0 votes 0.0%
12 total votes
comments and details
Sign in to vote »

“Make up a story... For our sake and yours forget your name in the street; tell us what the world has been to you in the dark places and in the light. Don't tell us what to believe, what to fear. Show us belief's wide skirt and the stitch that unravels fear's caul.”
― Toni Morrison, The Nobel Lecture In Literature, 1993
tags: story, writing
1759 likes
Like

“It’s a whole other kind of sorcery—pulling the pieces of a shattered heart back together, and it’s one I know nothing about.”
― Daniel José Older, Half-Resurrection Blues
9 likes
Like

“Bennie's corner of Brooklyn looked different every time Sierra passed through it. She stopped at the corner of Washington Avenue and St. John's Place to take in the changing scenery. A half block from where she stood, she'd skinned her knee playing hopscotch while juiced up on iceys and sugar drinks. Bennie's brother, Vincent, had been killed by the cops on the adjacent corner, just a few steps from his own front door. Now her best friend's neighborhood felt like another planet. The place Sierra and Bennie used to get their hair done had turned into a fancy bakery of some kind, and yes, the coffee was good, but you couldn't get a cup for less than three dollars. Plus, every time Sierra went in, the hip, young white kid behind the counter gave her either the don't-cause-no-trouble look or the I-want-to-adopt-you look. The Takeover (as Bennie had dubbed it once) had been going on for a few years now, but tonight its pace seemed to have accelerated tenfold. Sierra couldn't find a single brown face on the block. It looked like a late-night frat party had just let out; she was getting funny stares from all sides--as if she was the out-of-place one, she thought. And then, sadly, she realized she was the out-of-place one.”
― Daniel José Older, Shadowshaper
tags: gentrification, police-brutality, racism
11 likes
Like

“It’s really nice to meet you, sir. You drive like a wild maniac, and I respect that.”
― Daniel José Older, Shadowshaper
14 likes
Like

“Crazy. It was the same word María and Tía Rosa flung at Grandpa Lázaro. The same word anyone said when they didn't understand something. "Crazy" was a way to shut people up, disregard them entirely.”
― Daniel José Older, Shadowshaper
tags: ableism, crazy, mental-illness, silencing
26 likes
Like

Aamir Lee Bermiss
author of
I Hate to...

N.K. Jemisin
author of
The Fifth...