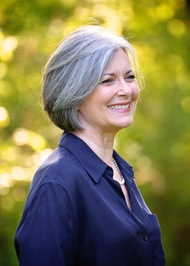 Still In France and Very Late for IWSG

Happy New Year to All. I know it hasn’t been a great beginning for everyone. As always there seems to be a balance of wonderful and awful. I hope you had more of the former than the later over the holidays and the beginning of this new year. I’ve had both, but much more positive than not. We tend to rethink the year behind whenever we get a new one, and I haven’t so much as thought of the past
View more on Lisa Buie-Collard's website »
Like  •  0 comments  •  flag

“Kiss me, and you will see how important I am.”
― Sylvia Plath, The Unabridged Journals of Sylvia Plath
tags: importance, kiss, kissing
6576 likes

“You don't write about the horrors of war. No. You write about a kid's burnt socks lying in the road.”
― Richard Price
tags: writing
1183 likes

“To realize one's destiny is a person's only obligation.”
― Paulo Coelho, The Alchemist
tags: life-mission
528 likes

“In 2002, having spent more than three years in one residence for the first time in my life, I got called for jury duty. I show up on time, ready to serve. When we get to the voir dire, the lawyer says to me, “I see you’re an astrophysicist. What’s that?” I answer, “Astrophysics is the laws of physics, applied to the universe—the Big Bang, black holes, that sort of thing.” Then he asks, “What do you teach at Princeton?” and I say, “I teach a class on the evaluation of evidence and the relative unreliability of eyewitness testimony.” Five minutes later, I’m on the street.

A few years later, jury duty again. The judge states that the defendant is charged with possession of 1,700 milligrams of cocaine. It was found on his body, he was arrested, and he is now on trial. This time, after the Q&A is over, the judge asks us whether there are any questions we’d like to ask the court, and I say, “Yes, Your Honor. Why did you say he was in possession of 1,700 milligrams of cocaine? That equals 1.7 grams. The ‘thousand’ cancels with the ‘milli-’ and you get 1.7 grams, which is less than the weight of a dime.” Again I’m out on the street.”
― Neil deGrasse Tyson, Space Chronicles: Facing the Ultimate Frontier

“I will continue to write what I love to read, and the fact that it doesn't sell as well as romance or sci-fi or fantasy isn't the point.”
― Joanna Penn
tags: authors, self-publishing, writing
19 likes

GOOD REVIEWS — 8034 members — last activity 3 hours, 31 min ago
This Group is only for authors who are looking for reviews and Reviewers who love to read books and share their reviews.
More of Lisa’s groups…

I have three winners for my goodreads giveaway!The winners are Debbie Rosenbalm,Dalia Esposito and Melody Estrom. Congratulations, and thank you all 800 plus who signed up! Goodreads sure makes this fun and easy.