,
Discover new books on Goodreads
See if your friends have read any of Scott O'Dell's books 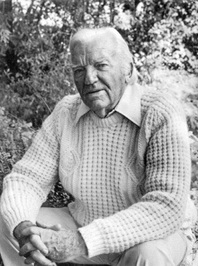 Island of the Blue Dolphins (2 books)
by
Scott O'Dell

3.37 avg rating — 210 ratings
Quotes by Scott O'Dell  (?)
Quotes are added by the Goodreads community and are not verified by Goodreads. (Learn more)
“After that summer, after being friends with Won-a-nee and her young, I never killed another otter. I had an otter cape for my shoulders, which I used until it wore out, but never again did I make a new one. Nor did I ever kill another cormorant for its beautiful feathers, though they have long, think necks and make ugly sounds when they talk to each other. Nor did I kill seals for their sinews, using instead kelp to bind the things that needed it. Nor did I kill another wild dog, nor did I try to speak another sea elephant.
Ulape would have laughed at me, and other would have laughed, too -- my father most of all. Yet this is the way I felt about the animals who had become my friends and those who were not, bu in time could be. If Ulape and my father had come back and laughed, and all the other had come back and laughed, still I would have felt the same way, for animals and birds are like people, too, though they do no talk the same or do the same things. Without them the earth would be an unhappy place.”
― Scott O'Dell, Island of the Blue Dolphins
38 likes
Like

“Below me Rontu was running along the cliffs barking at the screaming gulls. Pelicans were chattering as they finished the blue water. But suddenly I thought of Tutok, and the island seemed very quiet.”
― Scott O'Dell, Island of the Blue Dolphins
tags: hope
35 likes
Like

“More than anything, it was the blue dolphins that took me back home.”
― Scott O'Dell, Island of the Blue Dolphins
32 likes
Like