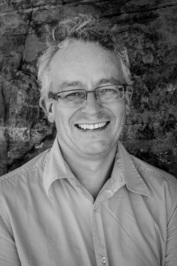 John hasn't connected with his friends on Goodreads, yet.

More of John's books…
Quotes by John Garth  (?)
Quotes are added by the Goodreads community and are not verified by Goodreads. (Learn more)
“To put the last point another way, writers such as Graves, Sassoon, and Owen saw the Great War as the disease, but Tolkien saw it as merely the symptom.”
― John Garth, Tolkien and the Great War: The Threshold of Middle-earth
3 likes
Like

“Tolkien came to regard the tale of Beren and Tinuviel as 'the first example of the motive (to become dominant in Hobbits) that the great policies of world history, "the wheels of the world", are often turned not by the Lords and Governors, even gods, but by the seemingly unknown and weak'. Such a worldview is inherent in the fairy-tale (and Christian) idea of the happy ending in which the dispossessed are restored to joy; but perhaps Tolkien was also struck by the way it had been borne out in the Great War, when ordinary people stepped out of ordinary lives to carry the fate of nations.”
― John Garth, Tolkien And The Great War: The Threshold of Middle-earth
tags: biography, fantasy, tolkien
2 likes
Like

“has a knee-jerk tendency to avoid extremes as implausible, but ‘fantasy’ actively embraces them. It magnifies and clarifies the human condition.”
― John Garth, Tolkien and the Great War: The Threshold of Middle-earth
1 likes
Like