,
Discover new books on Goodreads
See if your friends have read any of Natasha Blackthorne's books 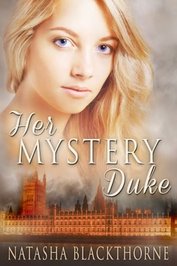 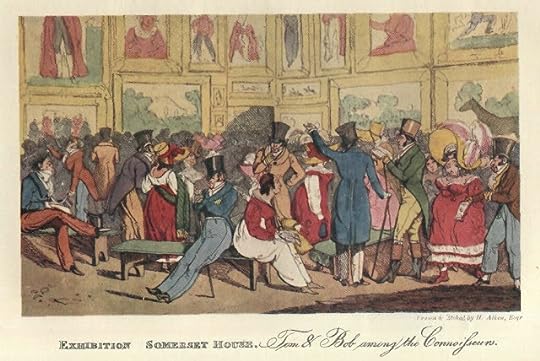 The Regency was a rich and vivacious period. What makes the era interesting for me are the deviations from the rules, the ways in which people rebelled against society’s attempts to control. However, the Regency had its own rules, it was not exactly like the Victorian era. Yet Victorian morality and manners are an image, which seems to predominate popular views of the Nineteenth Century.  I Read more of this blog post »
View more on Natasha Blackthorne's website »
4 likes · Like  •  1 comment  •  flag

More of Natasha's books…
Quotes by Natasha Blackthorne  (?)
Quotes are added by the Goodreads community and are not verified by Goodreads. (Learn more)
“She grasped his erection, and moved to position it. His wet, leaking crown grazed her swollen, overheated, soaked flesh. Dire waves of desire tore through her at the slick velvet-over-steel sensation.”
― Natasha Blackthorne, A Midsummer's Sin
1 likes
Like

“Romance doesn't need a defense. If you love it, you love it.”
― Natasha Blackthorne
1 likes
Like

“Like this, Rose. Mount me.” He pulled her down firmly. Her cunny was so wet that his thick, hard length came all the way inside in one sweet, sliding move. His girth seemed to stretch her to her limits. The delicious fullness sent waves of delight through her so strong that she gasped. He flexed his hips up and she gasped again. Sweet, it was oh so sweet and she wanted more. She had to have more. Tentatively, she rocked.”
― Natasha Blackthorne, A Midsummer's Sin
1 likes
Like

“How much has to be explored and discarded before reaching the naked flesh of feeling.”
― Claude Debussy
20 likes
Like

“Human sickness is so severe that few can bear to look at it...but those who do will become well.”
― Vernon Howard
5 likes
Like

“People will do anything, no matter how absurd, in order to avoid facing their own souls. One does not become enlightened by imagining figures of light, but by making the darkness conscious.”
― Carl Jung, Psychology and Alchemy
tags: consciousness, darkness, enlightenment, light
925 likes
Like

“Being in a minority, even in a minority of one, did not make you mad. There was truth and there was untruth, and if you clung to the truth even against the whole world, you were not mad.”
― George Orwell, 1984
tags: truth
1446 likes
Like

“A million zeros joined together do not, unfortunately, add up to one. Ultimately everything depends on the quality of the individual, but our fatally shortsighted age thinks only in terms of large numbers and mass organizations, though one would think that the world had seen more than enough of what a well-disciplined mob can do in the hands of a single madman. Unfortunately, this realization does not seem to have penetrated very far - and our blindness is extremely dangerous.”
― C.G. Jung, The Essential Jung: Selected Writings
tags: anarchy, collective-consciousness, democracy, establishment, government, individualism, mob-mentality, philosophy, psychology, state, subconscious
26 likes
Like

Book Bonanza Giveaway 2011 — 21 members — last activity Aug 29, 2014 06:44AM
A group of bloggers/authors/readers/publishers coming together to offer the biggest book giveaways in 2011!

Savannah wrote: "Natasha, thank you for the friendship.

Thank you for the friendship!

4.5 Nymphs for A Measured Risk from Literary Nymphs Reviews Only

“I think the author tread a very fine line and did it beautifully... Ms. Blackthorne did a good job with the period background, while giving a peak into the scandalous part of the Regency time period…I am looking forward to reading more of this series.” ~ Amazon Nymph

Natasha, thank you for the friendship.

Thank you for the friendship!