,
Discover new books on Goodreads
See if your friends have read any of J.J. Toner's books 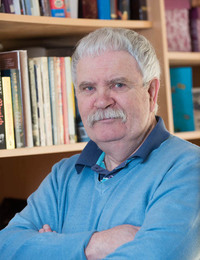 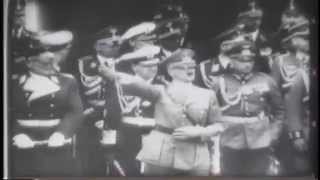 My latest publications are 2 short novellas featuring Kriminalkommissar Saxon in pre-war Munich. Zugzwang and Queen Sacrifice and 2 short SF stories call After 27 years working with computers in a variety of industries: Oil exploration, pharma, hospitals, manufacturing, shipping etc., I retired early and began to write. I've been writing full time since 2007, and have completed hundreds of short stories and self-published 7 novels.

Grammar 101. AGO Reading and editing other people’s work, there are some issues that crop up over and over. Here’s one of my favourites: The word AGO means before now. It shouldn’t be used in the past tense. When King Charles I lost his head he had been crowned only 24 years ago. This is […]
View more on J.J. Toner's website »
Like  •  0 comments  •  flag

More of J.J.'s books…
Quotes by J.J. Toner  (?)
Quotes are added by the Goodreads community and are not verified by Goodreads. (Learn more)
“Ballymartle was another crossroads village. In the drizzle, it looked to me like a miserable place, but it had one thing that lifted my spirits: it had a railway station. We found a bench in a dilapidated shelter and sat down to wait for a train. Sunlight filtered through the drizzle and flooded the scene. Stretching as far as we could see on all sides were pale birch trees glistening, misshapen and tall, like thin, grey giants frozen in a hundred-year argument. For the first time since we landed on the beach, I began to relax. I closed my eyes. A voice called out after a while, and I opened my eyes. A man stood in a field beyond the opposite platform. I waved to him. “When’s the next train?” The man lifted his cap and scratched his head. “You could be in for a bit of a wait. The last one went through here ten years ago.”
― J.J. Toner, The Black Orchestra Boxset - Books 1 - 3
0 likes
Like

“Be careful when ye fight monsters, lest ye become one.”
― J.J. Toner, The Black Orchestra Boxset - Books 1 - 3
0 likes
Like

“people that we did see were hurrying with purpose toward warm destinations, pushing plumes of breath before them.”
― J.J. Toner, The Black Orchestra Boxset - Books 1 - 3
0 likes
Like

“From the moment I picked up your book until I put it down, I was convulsed with laughter. Some day I intend reading it.”
― Groucho Marx
tags: books, humor, reading
3630 likes
Like

“I never forget a face, but in your case I'll be glad to make an exception.”
― Groucho Marx
tags: humor
2501 likes
Like

“Outside of a dog, a book is man's best friend. Inside of a dog it's too dark to read.”
― Groucho Marx, The Essential Groucho: Writings For By And About Groucho Marx
tags: animals, books, dogs, friends, humor
37624 likes
Like

“An erect building is a shackled slave. I hear the mutinous grumbling of vertical buildings. I hear the grinding frustration of those compelled against their will to remain standing. A building is energy crucified against space and time.”
― Declan Burke, Absolute Zero Cool
3 likes
Like

“Of all human activities, writing is the one for which it is easiest to find excuses not to begin – the desk’s too big, the desk’s too small, there’s too much noise, there’s too much quiet, it’s too hot, too cold, too early, too late. I had learned over the years to ignore them all, and simply to start.”
― Robert Harris, The Ghost
tags: writing
66 likes
Like

Many thanks for reviewing "A Few Men Faithful." I wasn't aware that it appeared on Goodreads until quite recently. I agree entirely that the confusion about the Civil War continues and will probably never be resolved. Perhaps the more recent flurry of books dealing with it will help. At the time of researching the novel, I was guided to a degree by Michael Hopkinson's "Green Against Green," though it's always wise to consider political bias in such works. Found it at the bookstore in Collins Barracks.

I'm pleased you regard my research as "diligent," but this also includes period idiom. There are many transcriptions, to pick one example, of Michael Collins speaking informally. He had quite a few "Englishims" due to ten years in London, but he was also quite fond of "boyo" and "yerrah," usually before a wrestling session. The "now don't piss yerselfs" line I lifted whole from Coogan's "Michael Collins," where there are many such idiomatic transcriptions. These are just two examples. I've read deeply in contemporary accounts and letters, plus many, many books. The upshot is I do believe the idiom can be truly rendered without slipping into anything near stage-Irish "caricature."

On a more personal note, my mother's ill health when I was a child meant that I would spend months at a time with my maternal grandparents. They left County Tyrone in 1919. Their speech patterns, idioms and sentence structures were my main template: "Are ye gettin?", "yer man", "wet the tay" all come immediately to mind.

Regarding the ballads, I was very conscious that my audience would not all be Irish or even Irish in North America, Australia, etc. With the exception of "Glory O," I was well aware that the other songs would not be familiar to the majority of readers and that they would fill in some early historical blanks (1798,e.g.) without interrupting the story unduly. As well, I wanted to make it clear that during these years the troops had three things to do for amusement: drink stout, write letters and sing among themselves to minimize the boredom. Letter writing is out today; I don't count emails. Singing the old songs, especially obscure ones, is out except in session pubs. Only the stout remains. As far as I was concerned, it was a bit of verisimilitude with side benefits. However, I'm not the least surprised you would skip over them.

All this is neither a challenge nor a criticism of your review. Not in the least; thanks for taking the time and mulling it over. I did, however, feel a bit of clarification was in order.

Thanks for the friendvite, J.J.! Best of luck with your writing!

J.J. Thanks for adding me as a friend. Your writing and background sound interesting. I also aim to write fun SF.

Hello J.J. Toner, it is a pleasure to meet you. If you ever have any questions about Harlequin or our books, please feel free to ask.

Thanks for adding me! :)