Discover new books on Goodreads
See if your friends have read any of Gregory A. Fournier's books 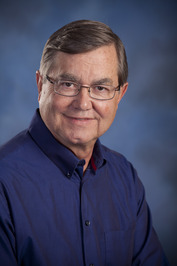 My wife and I live in San Diego county. I have two grown children from my first marriage, and soon I will have three grandkids. Everyone is doing well.

I'm thrilled to be pursuing a writing career after thirty-seven years in the English language arts classroom.

Originally from the Detroit area, I lived in Ypsilanti and Ann Arbor during my college years before moving permanently to San Diego in January, 1979.

My wife and I live in San Diego county. I have two grown children from my first marriage, and soon I will have three grandkids. Everyone is doing well.

I'm thrilled to be pursuing a writing career after thirty-seven years in the English language arts classroom.

To ask Gregory A. Fournier questions, please sign up. 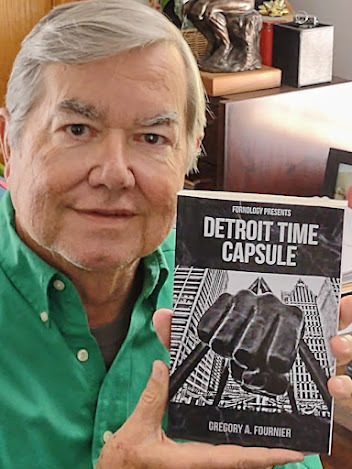 Detroit Time Capsule (DTC) is a collection of 75 of my best Detroit Fornology blog posts gleaned from over 500 posts written over the last decade. DTC tells the story of the city's origin with the arrival of Antoine Cadillac in 1701 to the revitalization of Detroit as one of America's "comeback" cities of the twenty-first century. Each compact entry is three to five pages long for Read more of this blog post »
View more on Gregory A. Fournier's website »
Like  •  0 comments  •  flag

“Being a woman is a terribly difficult trade since it consists principally of dealings with men.”
― Joseph Conrad, Chance
tags: women
12344 likes

“It takes courage to grow up and become who you really are.”
― E.E. Cummings
tags: attributed-no-source, courage
17062 likes

“Darkness cannot drive out darkness: only light can do that. Hate cannot drive out hate: only love can do that.”
― Martin Luther King Jr., A Testament of Hope: The Essential Writings and Speeches
tags: darkness, drive-out, hate, inspirational, light, love, peace
75621 likes

“There is nothing to writing. All you do is sit down at a typewriter and bleed.”
― Ernest Hemingway
tags: good, writing
19131 likes

Gone Girl by Gillian Flynn was published in June 2012. My overall response after reading it recently was she has raised the benchmark for the mystery-thriller genre to a literary level. At its heart, the story examines the inner workings and underpinnings of relationships. Gone Girl is a dissection of one of the most complex of human relationships--the psychological warfare played out on the battlefield known as marriage.

This is a He said-She said story ripe with ironies and lies. Gillian Flynn alternates her dual first-person narration between husband and wife Nick and Amy Dunne. Each point of view is unique and searing--one male, the other female. The delicate balance between the spoken and the unspoken is laid bare in their thoughts. Anyone who was ever in a dysfunctional relationship will hear echoes of their own interior monologue resonate through the words of these characters.

The couple's unapologetic and unrepentant narratives reveal their deep-seated psychological motivations and justifications for their corrosive actions. The primal forces have been transgressed and someone must be punished. But who? While Nick is following the algebra of Amy's thinly disguised anniversary riddles, Amy is dishing out the calculus for his punishment. The reader is left to do the math.

I especially like Flynn's use of realistic language to depict authentic human interaction. When used, the coarse language gives the rest of the work a distinct air of verisimilitude. Lesser authors would have softened their use of blue language and gender invective in favor of being less offensive to readers--but there is plenty of pablum-puking fiction around to satisfy those tastes. Amy Dunne's cool girl soliloquy is a classic that tears down both men and women and the games we play to be a part of a relationship. Jillian Flynn's novel Gone Girl is emblematic of its age.