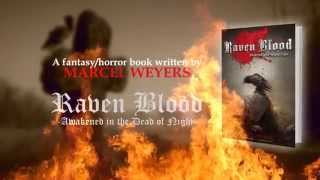 In 2011, Marcel Weyers published his German novel series; “The Shadow-Trilogy.” “Schatten” (Shadows) is a children and teens book and is set in Japan. The sequels “Schattenjäger” (Shadow Chasers) and “Schattenland” (Shadow Land) were released later in 2011.

As a translator, Weyers worked on several free and commercial games for various video game companies. He has translated more than 200 video games into German.

can i help translating any of your visual novel ( sleepless night's please ) i know that if anybody helps you with your work you'll give them a link to midnight chaos right? but personally if you don't want to give me the link i am still okay with it ( because i love the sleepless night series ) i hope you can answer me as quickly as possible. p.s by translating i can help with chinese because my friends likes it
Marcel Weyers Hello! I've been looking for a Chinese translator for ages, so that would be perfect! Can you send me an email to info@marcel-weyers.de? Thank you! :)
flag
See 1 answer from Marcel Weyers…

Jisei by sakevisual is the first visual novel in a planned five-part series. The first three parts have already been released and the fourth one will probably follow soon. The first part is now officially available in German for the first time (with English voice acting).

You probably know sakevisual from RE: Alistair. However, Jisei is a mystery novel, in which you have to unmask a murderer.

Marcel Weyers is currently reading
The Ballad of Songbirds and Snakes (The Hunger Games, #0.5)
by Suzanne Collins
bookshelves: currently-reading

“People always think it's unprofessional if your appearance doesn't match your biological sex. What does my gender have to do with my skills?”
― Marcel Weyers
tags: gender, professionalism
2 likes
Like

“Being gorgeous is a full-time job.”
― Marcel Weyers
0 likes
Like

“We'll be remembered more for what we destroy than what we create.”
― Chuck Palahniuk, Invisible Monsters
tags: history
1537 likes
Like

“Lock up your libraries if you like; but there is no gate, no lock, no bolt that you can set upon the freedom of my mind.”
― Virginia Woolf, A Room of One's Own
tags: freedom, women, writing
11429 likes
Like

“You never really understand a person until you consider things from his point of view... Until you climb inside of his skin and walk around in it.”
― Harper Lee, To Kill a Mockingbird
tags: better-life-empathy
17410 likes
Like

“A lady's imagination is very rapid; it jumps from admiration to love, from love to matrimony in a moment.”
― Jane Austen, Pride and Prejudice
tags: humor, love, romantic, women
16911 likes
Like

“We accept the love we think we deserve.”
― Stephen Chbosky, The Perks of Being a Wallflower
tags: inspirational, love
66750 likes
Like

David Levithan
author of
Every Day

Hi, Marcel...thanks for the invite into your circle of friends...looking forward to sharing chats, reviews and any/all recommendations...Happy Reading :-)

Thanks for looking me up, Marcel.

Thanks for adding me to your friends.

Hi Marcel,
Thanks for sending a friend request to this fellow author on Goodreads! I hope you will put my books, A Real Basket Case, To Hell in a Handbasket, and the most recently released Deadly Currents, on your to-read list. If you'd like to enter a contest for free mystery books, sign up for my email newsletter at: http://bethgroundwater.com/ .
- Beth

Thanks for including me on your friends list, Marcel. Looks like you're not only an avid reader but quite obviously a hard working writer as well. Will look forward to learning more about your work.
If you have an interest in spirituality, I will ask you to consider my spiritual allegory, Song of George: Portrait of an Unlikely Holy Man. It's fiction and it's experimental but it is inspired by real events in my life. Very best wishes to you. Namaste, jesse

Hi Marcel! Nice to meet you! I will check out your book, and I see you're working on an English translation. Terrific! I write paranormal and vampire fiction. Here is one for your shelf if interested:
The Judging: The Corescu Chronicles Book One

Have a super day!
ellen

Thanks for the friendship Marcel.